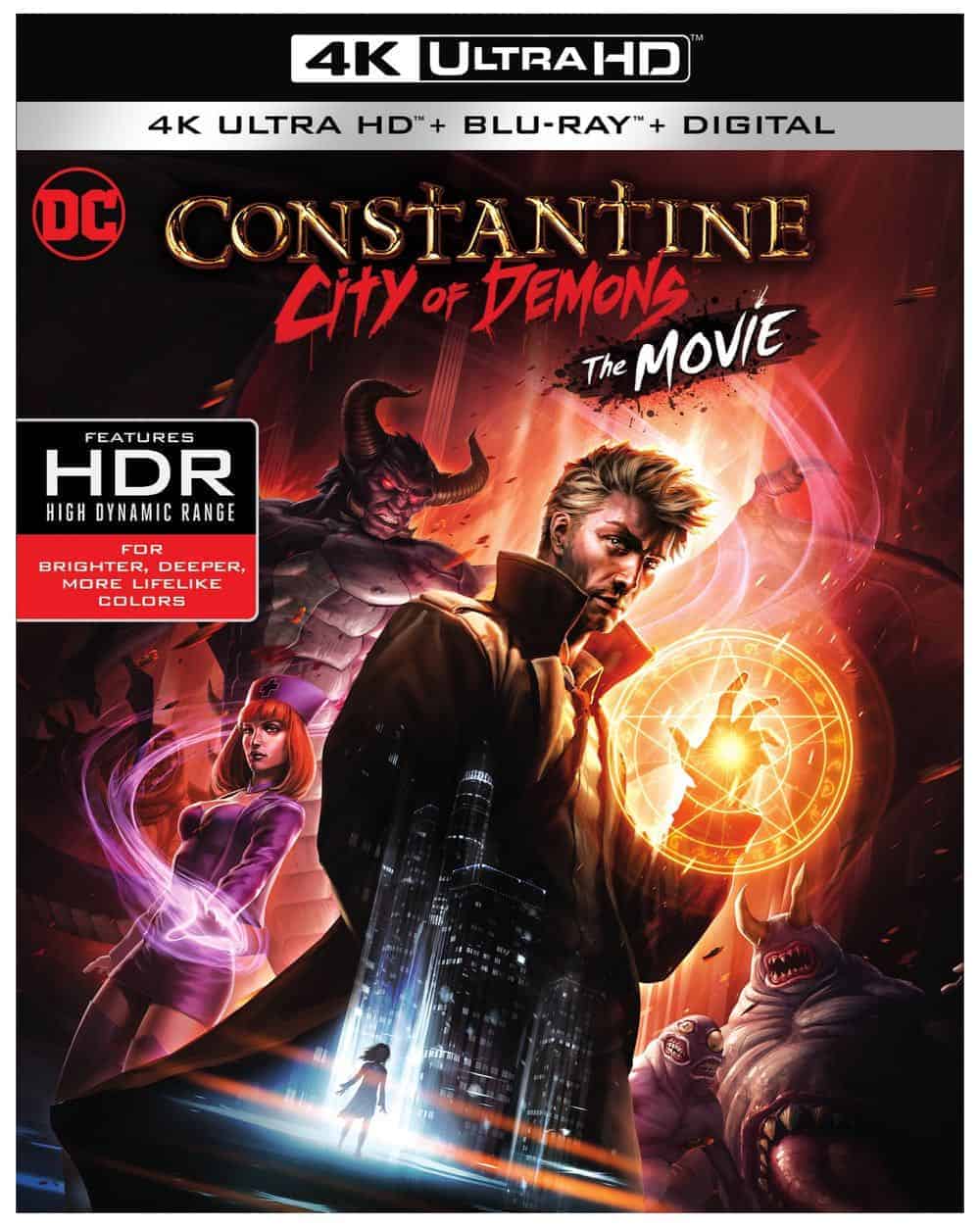 From executive producers David S. Gover and Greg Berlanti, The Hellblazer is back in an all-new twisted tale of mystery, intrigue and the occult with Constantine: City of Demons, a full-length, R-rated feature film based on the acclaimed DC animated series from CW Seed. Produced by Warner Bros. Animation, Blue Ribbon Content and DC Entertainment, the action-packed movie will be distributed by Warner Bros. Home Entertainment starting October 9, 2018 on Ultra HD Blu-ray™ Combo Pack, Blu-ray™ Combo Pack, and Digital.

Constantine: City of Demons is rated R for bloody violence/gore, disturbing images, and some sexual content.

A decade after a tragic mistake, family man Chas and occult detective John Constantine set out to cure Chas’s daughter Trish from a mysterious supernatural coma. With the help of the mysterious Nightmare Nurse, the influential Queen of Angels, and brutal Aztec God Mictlantecuhtli, the pair just might have a chance at outsmarting the demon Beroul to save Trish’s soul. In a world of shadows and dark magic, not everything is what it seems, and there’s always a price to pay. The path to redemption is never easy, and if Constantine is to succeed, he must navigate through the dark urban underbelly of Los Angeles, outwit the most cunning spawns of hell, and come face to face with arch-nemesis Nergal – all while battling his own inner demons!

Matt Ryan, who set the standard for the role of Constantine on the NBC live-action television series, returns to the famed trenchcoat in animated form – after reprising the role in both live-action (Arrow, Legends of Tomorrow) series and an animated film (Justice League Dark).

A practitioner of magic, and one that would not shy away from using the knowledge of the occult to his advantage, John Constantine has inadvertently found himself in a vast chasm between the light of heaven and the hellfire of the world below. He has a massive array of spells, incantations, curses and rituals that he can use to his advantage. He tries to rely heavily upon his knowledge of the occult, but at times he must use his deft hand at magic to help save the day. From the mythology surrounding the trench coat, being imbued with demonic power, to the blood transfusion with the devil’s blood that Constantine was forced to take on to be freed from his lung cancer, these aspects of his power will be placed under the microscope to reveal the depth of his abilities. The film “City of Demons” does a splendid job of capturing the John Constantine approach to life and adventure. He’s an occultist, he’s a sorcerer, and did we mention that he can time travel as well? Interviews will include various DC Comics experts that can provide details of Constantine’s abilities in these often overlooked reaches of the world of Superhero.

Constantine: City of Demons will be available to own on Digital October 9, 2018. Digital purchase allows consumers to instantly stream and download all episodes to watch anywhere and anytime on their favorite devices. Digital movies and TV shows are available from various digital retailers including Amazon Video, iTunes, Google Play, Vudu, and others. A Digital Copy is also included with the purchase of specially marked Blu-ray & 4K Ultra HD discs for redemption and cloud storage. 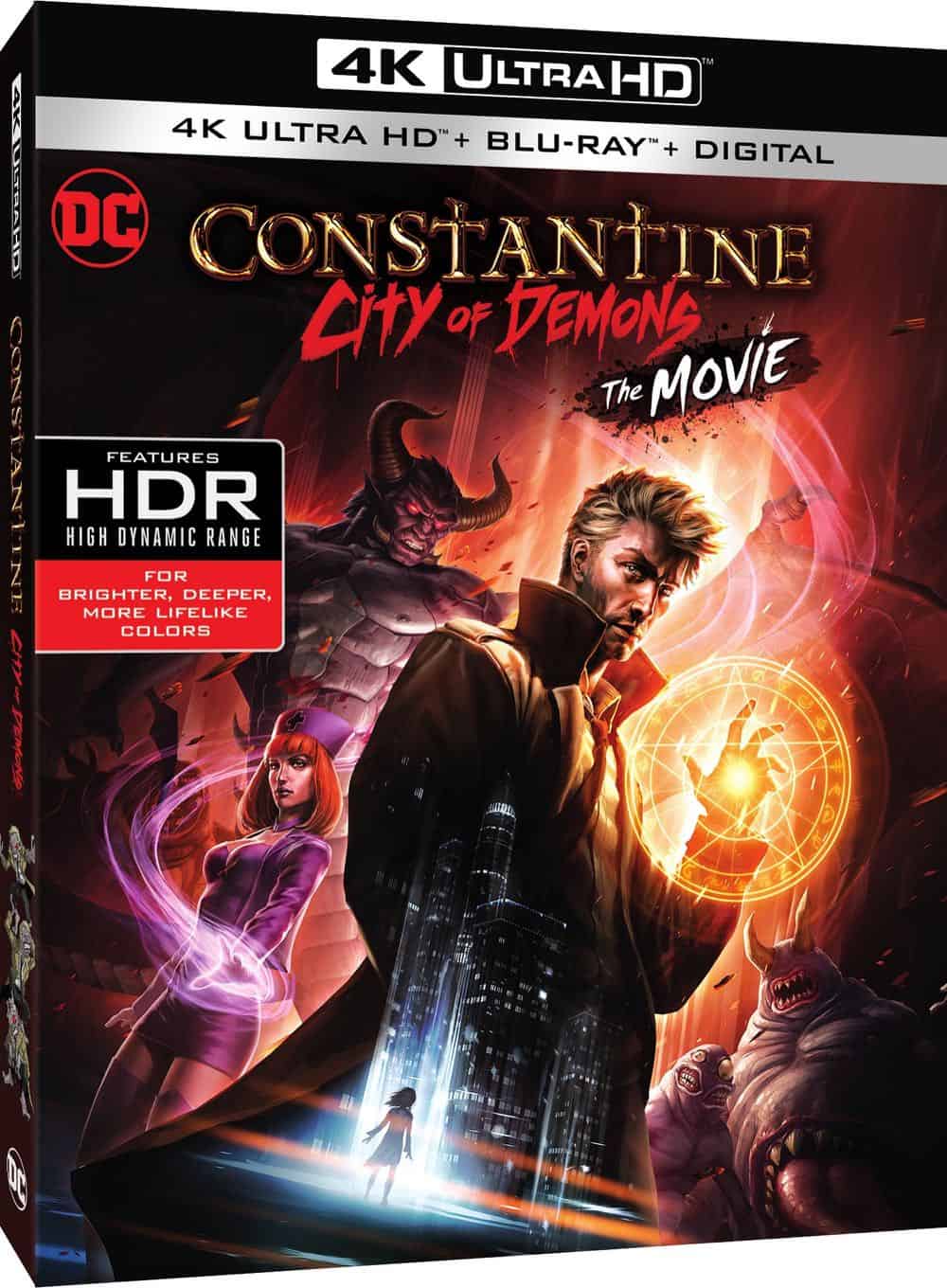 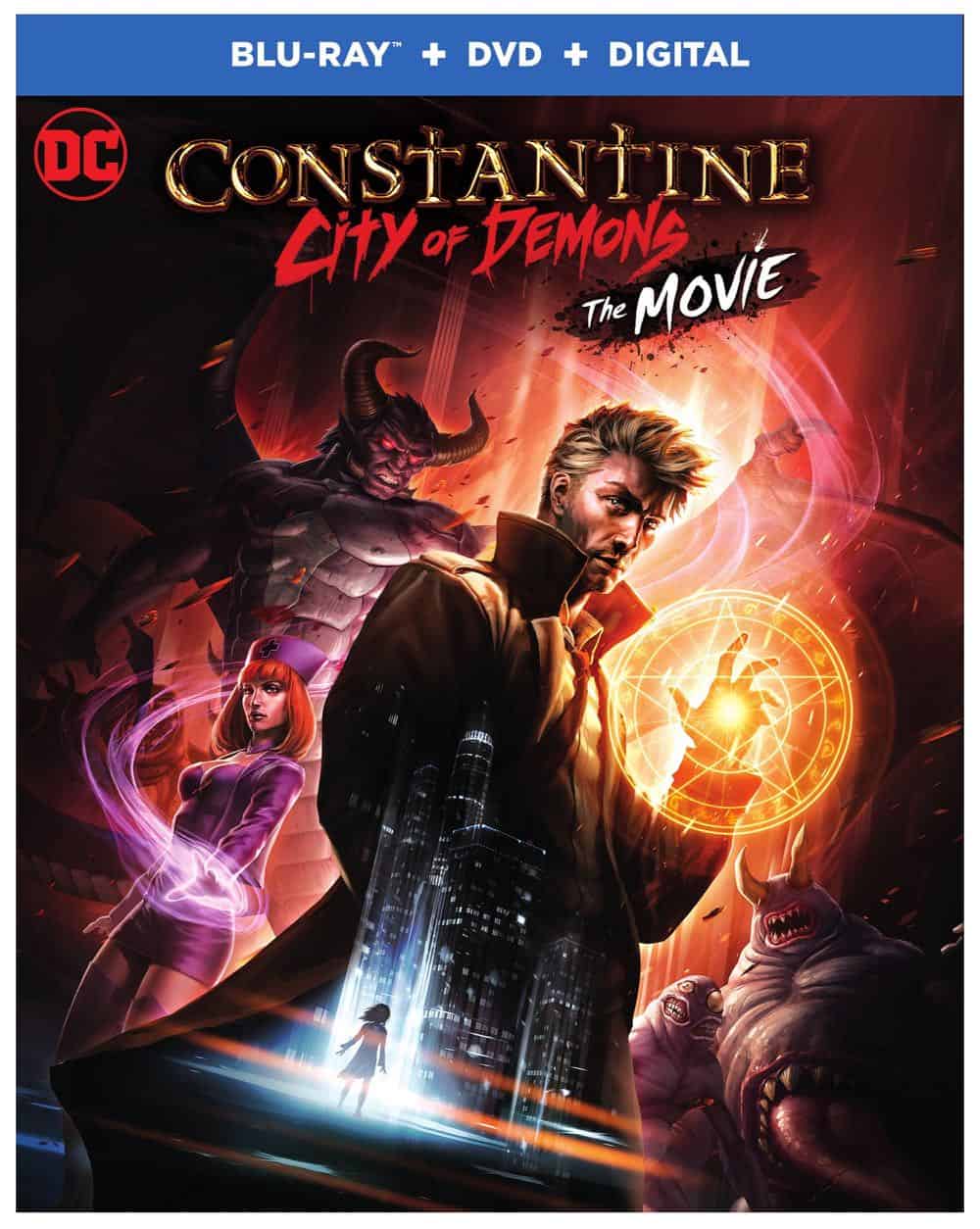 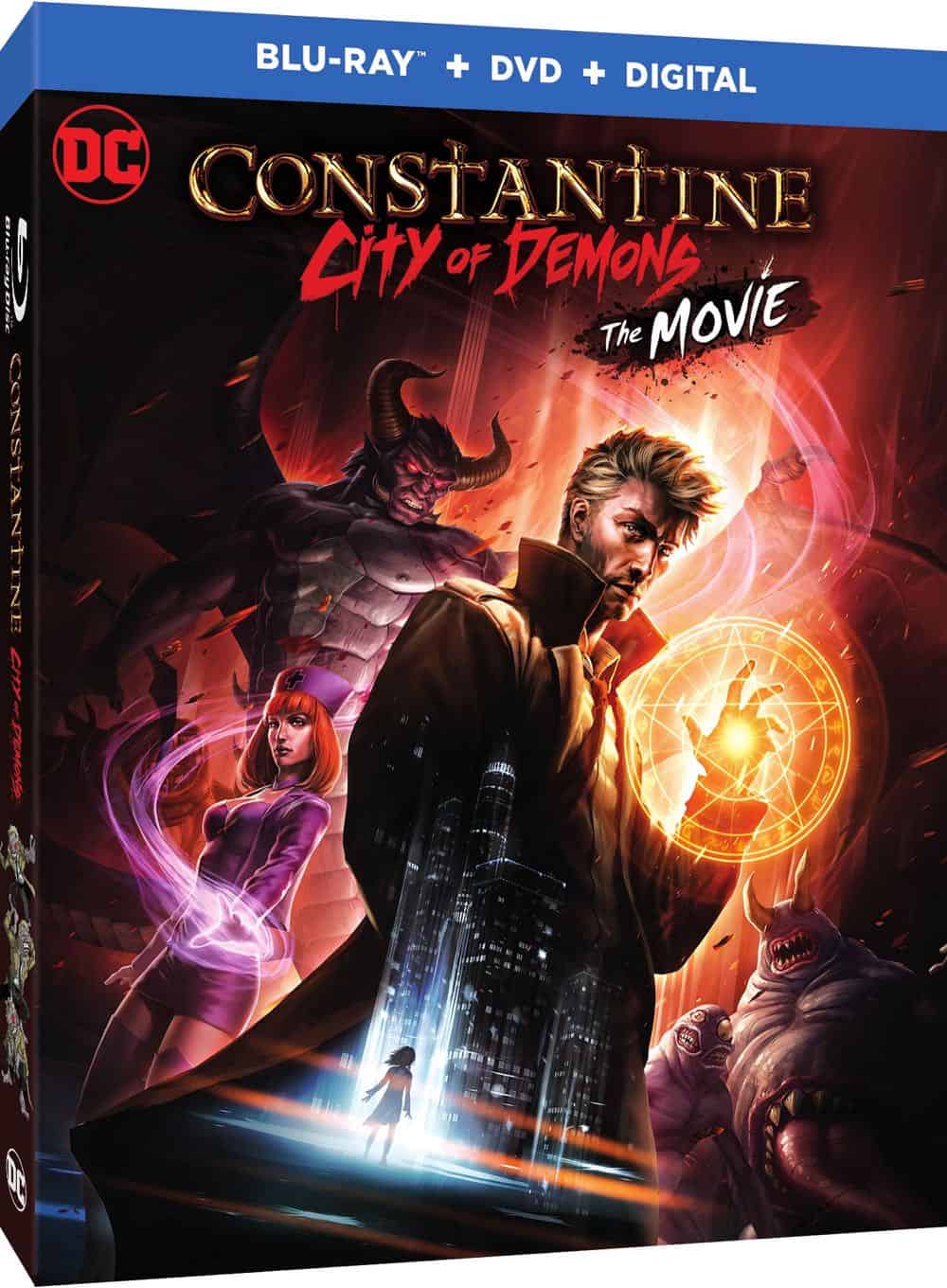