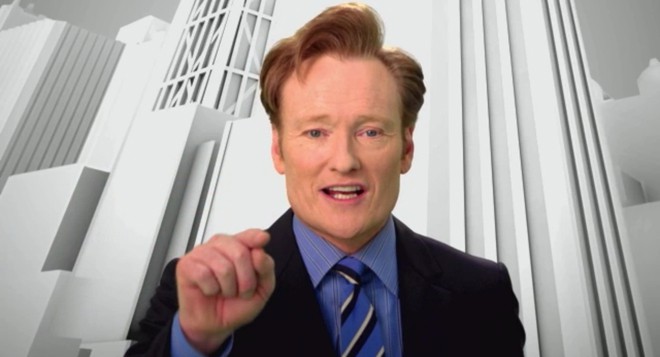 Carson on TCM will feature chats between Carson and some of Hollywood’s biggest stars, from legendary screen icons to young newcomers. The series is a joint effort between Emmy®- and Peabody Award-winning filmmaker Peter Jones (Johnny Carson: King of Late Night, TCM’s Stardust: The Bette Davis Story) of Peter Jones Productions and Jeff Sotzing of Carson Entertainment Group, which controls the Carson archives.

O’Brien – a late-night fixture for 20 years and current host of CONAN on TCM’s sister network TBS – will introduce five interviews each week on Carson on TCM. Many of the interviews have not aired since they first premiered on The Tonight Show Starring Johnny Carson.

“With its connection between late-night television and classic films, Carson on TCM offers the perfect opportunity to bring TBS’s popular late-night host to Turner Classic Movies,” said Jeff Gregor, chief marketing officer of TBS, TNT and TCM and general manager of TCM. “Conan has long idolized Johnny Carson, and he understands what it’s like to be on the other side of the desk. We’re thrilled to have him coming to TCM to share his unique insight and perspective.”

For its July 1 launch, Carson on TCM will open with Johnny Carson’s adorable 1982 interview with 7-year-old Drew Barrymore, who has since grown up to be a Golden Globe®-winning actress and co-host of TCM’s The Essentials. The night will also feature interviews with Kirk Douglas (taped in 1988), Mary Tyler Moore (1978), writer Neil Simon (1980) and George Burns (1989), one of more than 20 Academy Award® winners featured in the collection.