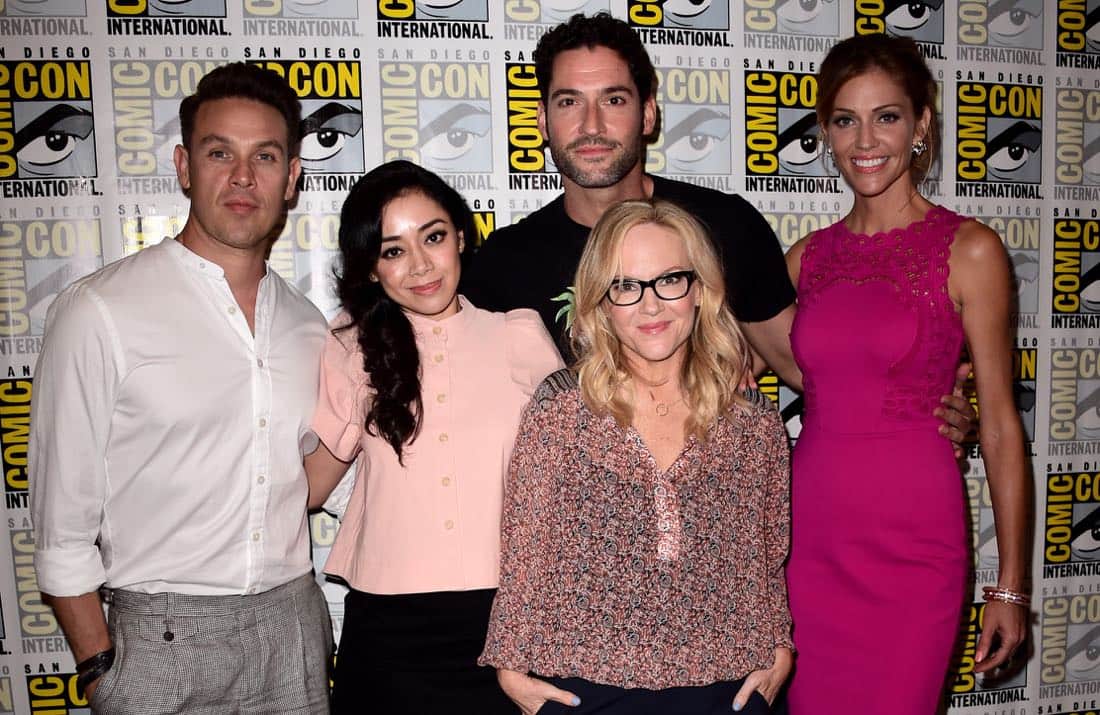 Lucifer returns to San Diego to heat things up. The climactic events of the season finale left us wondering, where in the world is Lucifer and how did he get his wings back? Join the series stars Tom Ellis, Lauren German, Rachael Harris, Kevin Alejandro, Aimee Garcia, Tricia Helfer and executive producers Joe Henderson and Ildy Modrovich for a special video presentation and Q&A where they’ll discuss the sizzling second season and what’s in store for Lucifer in season three! From Jerry Bruckheimer Television in association with Warner Bros. Television and based upon characters created by Neal Gaiman, Sam Kieth and Mike Dringenberg for Vertigo from DC Entertainment, Lucifer returns for its third season on October 2, airing Mondays 8/7c on FOX. Lucifer: The Complete Second Season is available now on Digital and will be released on Blu-ray™ and DVD on August 22. Become a fan on Facebook at www.facebook.com/LuciferonFOX, and follow the show on Twitter at @LuciferonFOX.