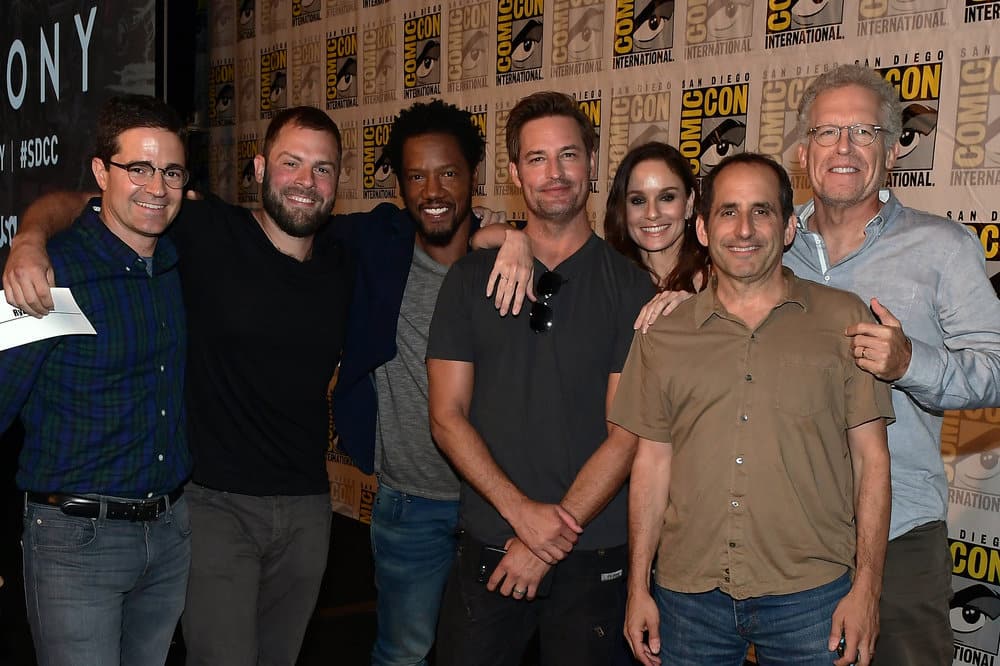 Executive Producers and Creators Carlton Cuse and Ryan Condal, along with Executive Producer Wes Tooke and the cast of COLONY, delivered on their promise to give fans answers about the surprising truth behind the Earth’s mysterious occupiers. They also teased a first look image of an alien battle at the end of the panel. In a touching moment, fans began singing a happy birthday to Josh Holloway. Attendees were then given instructions to track down a limited-edition print of the artwork using a GPS code.  During the panel discussion and Q&A, moderated by Nerdist’s Ben Blacker, Cuse, Condal, Tooke, Josh Holloway (Will Bowman), Sarah Wayne Callies (Katie Bowman), Peter Jacobson (Proxy Snyder) and Tory Kittles (Broussard) also revisited Season 2’s most culturally relevant and shocking moments. Season 3 of COLONY will return in 2018.