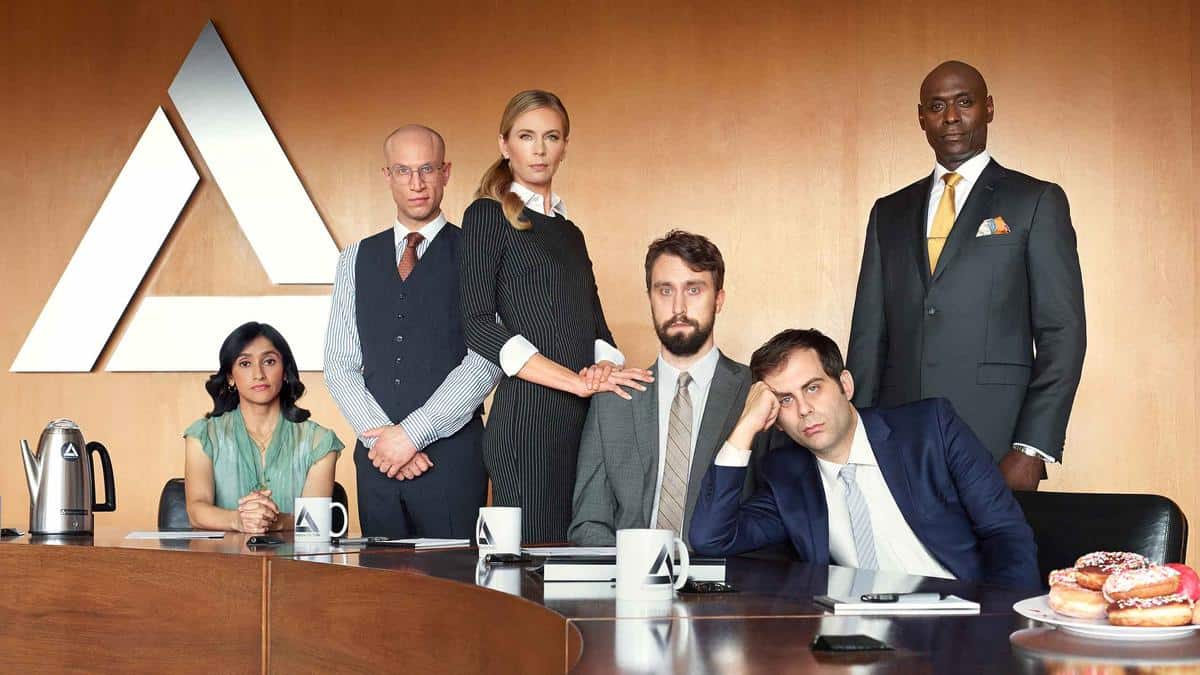 Comedy Central President Kent Alterman today announced the renewal of Corporate for a second season. The series, which Variety hailed as “deliciously dark and hilariously ruthless” and Indiewire called “the first great comedy of 2018,” premiered in January as the highest-rated basic-cable primetime comedy of the 2017-2018 season among males 18-34. Corporate airs Wednesdays at 10:00 p.m. ET/PT with the season finale airing on March 14. Previously aired episodes are available at www.cc.com/corporate and via the Comedy Central App.

“It’s hard to understand why people relate so strongly to the comedic, existential crises of working for corporations, but who are we to argue?” said Alterman.

“We’re absolutely thrilled to continue selling our souls making some more anti-corporate comedy for one of the biggest corporations in the world,” said Weisman, Ingebretson and Bishop.

Created by Jake Weisman, Matt Ingebretson and Pat Bishop, Corporate stars Weisman and Ingebretson as two Junior Executives-in-Training at Hampton DeVille, a heartless, corporate hell-hole led by tyrannical CEO Christian DeVille (Lance Reddick) and his top lieutenants, sycophants John and Kate (Adam Lustick and Anne Dudek). As Jake and Matt navigate an ever-revolving series of disasters their only ally is Grace (Aparna Nancherla), a Hampton DeVille Human Resources rep who is beleaguered by both her job and her exhausting relationship with the very needy Jake and Matt. The series’ first season also featured guest stars including Natasha Lyonne, Baron Vaughn, Kate Walsh, Fred Willard, and more.

The half-hour dark comedy, is the first of a trio of scripted series that Comedy Central has added to their upcoming slate, including the previously announced The Other Two, which comes from former Saturday Night Live co-head writers Chris Kelly and Sarah Schneider and the company behind the venerable NBC sketch program, Lorne Michaels’ Broadway Video; and South Side, which hails from former Late Night with Jimmy Fallon writers/performers Diallo Riddle & Bashir Salahuddin as well as Bashir’s brother, Sultan Salahuddin.