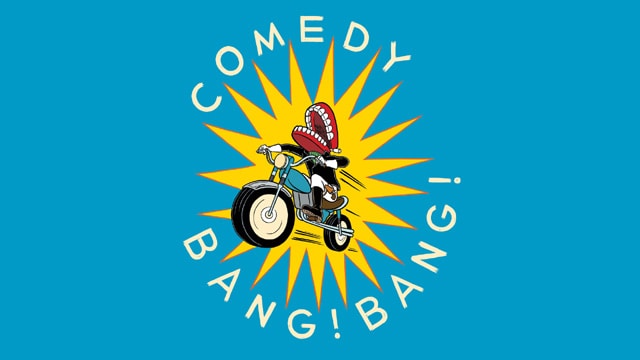 Scott Aukerman’s Comedy Bang! Bang! is coming back with a bang to IFC. The fan favorite comedy series was renewed today for a third season with 20 half-hour episodes, scheduled to air in two ten episode installments, in 2014.

Jennifer Caserta, president and general manager of IFC said, “For two great seasons, Scott has brought some of the biggest names in entertainment to the Comedy Bang! Bang! couch and delivered a truly unique, funny and entertaining experience to IFC viewers. We can’t wait for another season of a show that fits IFC’s comedic sensibility so well.”

With ringleader and comedian Aukerman (co-creator/director/producer, Between Two Ferns with Zach Galifianakis; writer/performer, Mr. Show), the show has flipped the script on the late night talk show format and propelled it into a far off galaxy. Infusing untraditional celebrity interviews and comedy sketches with a tinge of the surreal, Scott engages his guests with unfiltered, deadpan lines of questioning, accented by banter and beats provided by Reggie Watts (Conan, Jash). Each celebrity appearance is blended with mind-bending filmed shorts, random character cameos and over-the-top spoofs.