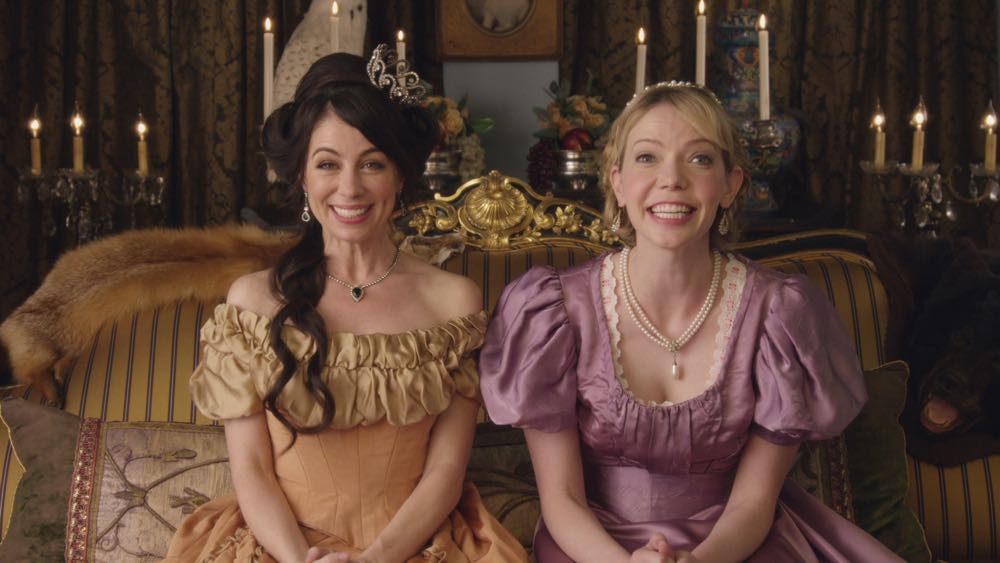 Listen up peasants! The original ballers are back and here to stay. Comedy Central’s turn-of-the-century historical and satirical scripted series, “Another Period,” has been renewed for a third season, it was announced today by Kent Alterman, President, Comedy Central. The ten-episode second season, co-created by and starring Natasha Leggero and Riki Lindhome, directed by Jeremy Konner and executive produced by Ben Stiller’s Red Hour, debuts on Wednesday, June 15 at 10:00 p.m. ET/PT. Prior to season two’s premiere, fans can indulge themselves as the Bellacourts’ would by binging on the entire first season of “Another Period,” available on the Comedy Central App and cc.com starting June 8.

“I was raised to understand it’s not polite to talk about periods, so I’ll leave it at that,” said Alterman.

“Another Period” tells the incredible story of the Bellacourt sisters, Lillian and Beatrice (played by Leggero and Lindhome), who are defined by their family’s wealth and care only about becoming super famous – which is a lot harder in 1902 – and follows the insanely decadent and outrageous life of the Bellacourt coterie. Before others claimed their fame, they were the one American family who epitomized all that was spoiled, shameless and stupid – with more servants than relatives and days filled with money, sex, drugs… and more money.

During the second season, the Bellacourts and the poor souls under their servitude return for a whole new season full of excess and debauchery with Lillian and Beatrice seeking advice on how to rebrand, attempting to divorce their gay husbands, pursuing new male suitors, fighting infectious diseases and, of course, still trying to become famous. Servants from downstairs head upstairs, sex is attempted to be had for pleasure, political scandals play out, and illustrious characters from our nation’s past – such as

On Tuesday, June 14, the day before the Season Two linear premiere, Comedy Central will provide fans the opportunity to experience, firsthand, a dinner with the Bellacourts via a 360 virtual reality video available through Comedy Central’s Facebook page the and Another Period Facebook page.

Throughout the new season Comedy Central’s Discover channel on Snapchat will house custom “Another Period” content created for the platform and fans can check out cc.com/anotherperiod and follow the “Another Period” Facebook and Twitter accounts to discover new clips, episodes, memes and gifs to become fully immersed in the Bellacourt’s baller lifestyle.

Season Two episodes of “Another Period” will be available the same day they premiere via cc.com and the Comedy Central app and will be available next day on iTunes, Amazon Video, VUDU, Google Play, Microsoft Movies & TV, and Verizon Multi-Screen.

“Another Period” was co-created by and stars Natasha Leggero and Riki Lindhome, who also serve as writers. It is directed by Jeremy Konner (“Drunk History”). The series’ executive producers are Leggero, Lindhome, Konner and Red Hour’s Ben Stiller, Debbie Liebling, Stuart Cornfeld and Mike Rosenstein. Monika Zielinska and Tara Schuster are the Executives in Charge of Production for Comedy Central.