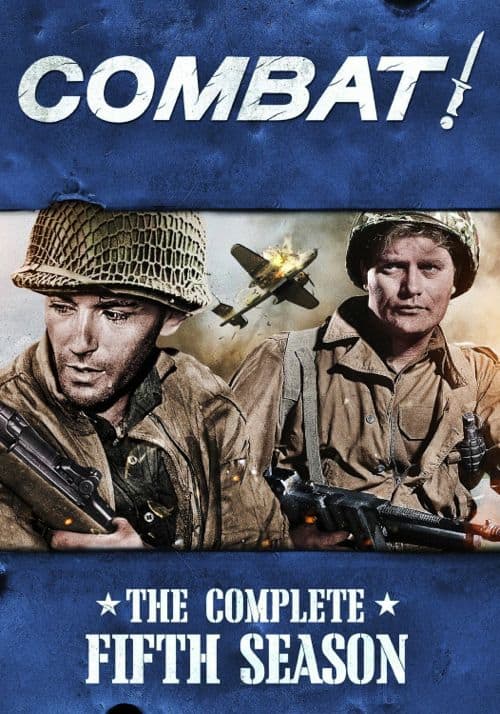 Seat42f and Image Entertainment have teamed up to give TWO lucky winners a copy of COMBAT Season 5 on DVD. For a chance to win leave a comment below telling us why you want to add COMBAT Season 5 to your DVD collection. Only one entry per person. Contest ends August 27th. Winners will be notified on August 28th via email so make sure to use a valid email address when you post your comment.

Image Entertainment, an RLJ Entertainment (NASDAQ: RLJE) brand, announces the release of the complete fifth and final season of TV’s longest running World War II series Combat!, available on DVD on Aug. 13, 2013 at an SRP of $39.98.

We have a limited amount of copies for review.  We appreciate if you would be able to post “COMBAT!  Season 5 available on DVD Aug. 13, 2013″ on your listings.”

This collection includes all 25 episodes from the fifth and final season of this groundbreaking, classic TV series!  Episodes include: The Gun, The Losers, Chapel at Able-Five, The Letter, Conflict, A Child’s Game, The Brothers, The Furlough, Cry for Help, Ollie Joe, Gadjo, Headcount, Anniversary, The Outsider, Nightmare on the Red Bull Run, Gulliver, Decision, The Gantlet, Entombed, The Bankroll, The Masquers, Encounter, A Little Jazz, The Partisan and Jonah.