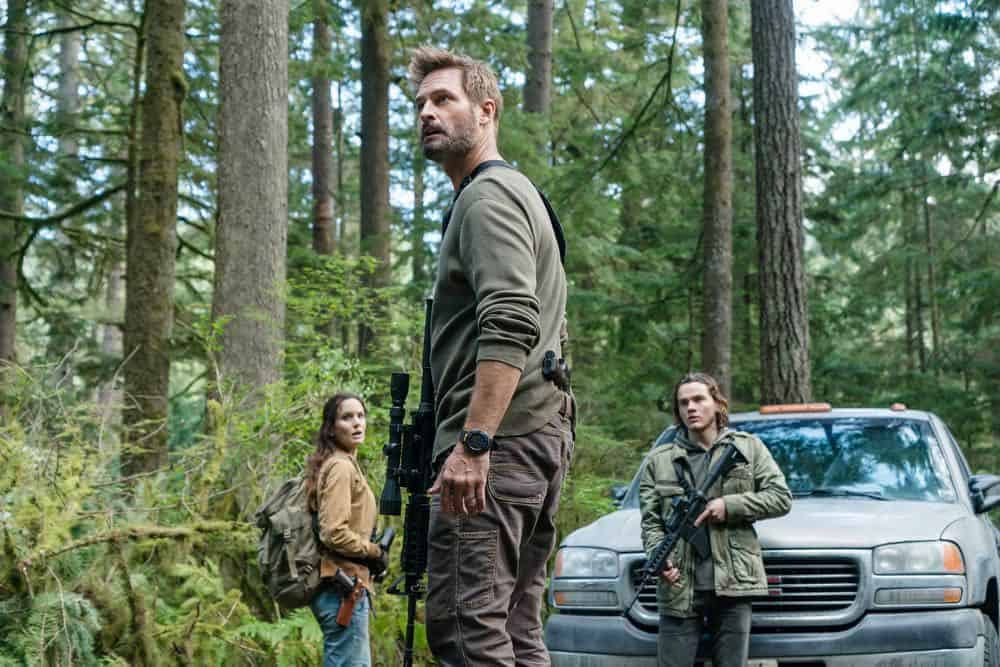 COLONY Season 3 Episode 1 Photos Maquis In the wake of a mysterious alien invasion, a family fights to stay together in a new world order. The third season of COLONY begins six months after the Bowmans’ escape from the Los Angeles bloc as Will (Josh Holloway) and Katie (Sarah Wayne Callies) struggle to rebuild their family in the world beyond the walls. When their peaceful existence is shattered, they are sent on an odyssey that will finally reveal the horrifying truth behind Earth’s mysterious occupiers and once again force our heroes to choose sides.