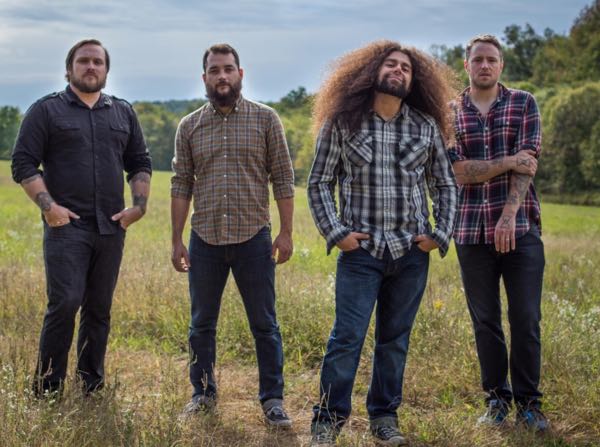 In support of their latest record The Color Before The Sun, Coheed And Cambria are about to head out on their next round of U.S. headline dates. The tour will commence in Boston on February 22, 2016 and take the band through major U.S. markets including a show at The Theater at Madison Square Garden in New York City on March 4, 2016. The tour will wrap up in Denver on March 27th. Support on all dates will come from Glassjaw and Silver Snakes.

The Color Before The Sun, which was released October 16 via 300 Entertainment, marks the band’s first non-conceptual album to date and their 6th consecutive Top 10 Billboard charting album, and their third to debut at #5 on the Billboard top current chart with 32,000 units sold.

Praise for The Color Before the Sun:

“No longer hiding behind his creation (the protagonists of which gave his band their name), Sanchez is finally unafraid of how fans might react to a Coheed and Cambria record inspired by the story of Claudio Sanchez of New York rather than Coheed and Cambria Kilgannon of Heaven’s Fence. The result is a refreshingly honest, even inspirational album.”
– Consequence of Sound

“By now, everyone knows Coheed can shred their instruments to pieces. What is surprising is how impassioned these guys sound jamming on some good ol’ fashioned, emo-leaning rock ‘n’ roll.”
– Culture Collide

“An attempt to demonstrate his ability to “[expose] his raw feelings, narrated from his own perspective” rather than through the façade of a fictional character (like the protagonist of The Amory Wars, Claudio Kilgannon) the record nevertheless packs both the themes (such as love, fear, responsibility, and destiny) and sonic tapestries diehard devotees have come to expect.”
– PopMatters

“For the first time, Sanchez and co. have written a collection of songs completely independent of the fiction, and the result is undoubtedly Coheed’s most personal, heartfelt album to date.”
– Sputnik Music

With The Color Before The Sun, Coheed & Cambria are going bare bones in a sense. Now, this doesn’t mean that the record is somehow boring or limited; it’s certainly not.
– New Noise

In terms of musical expression, it presents the band at their most minimalist. Recorded live, The Color Before The Sun grooves with passion, purity and purpose far denser than the band’s recent releases. Cutting down on complex riffage, sparse medleys and tangent, essentially everything poured into The Color Before The Sun shines with purpose.
– Under The Gun Review