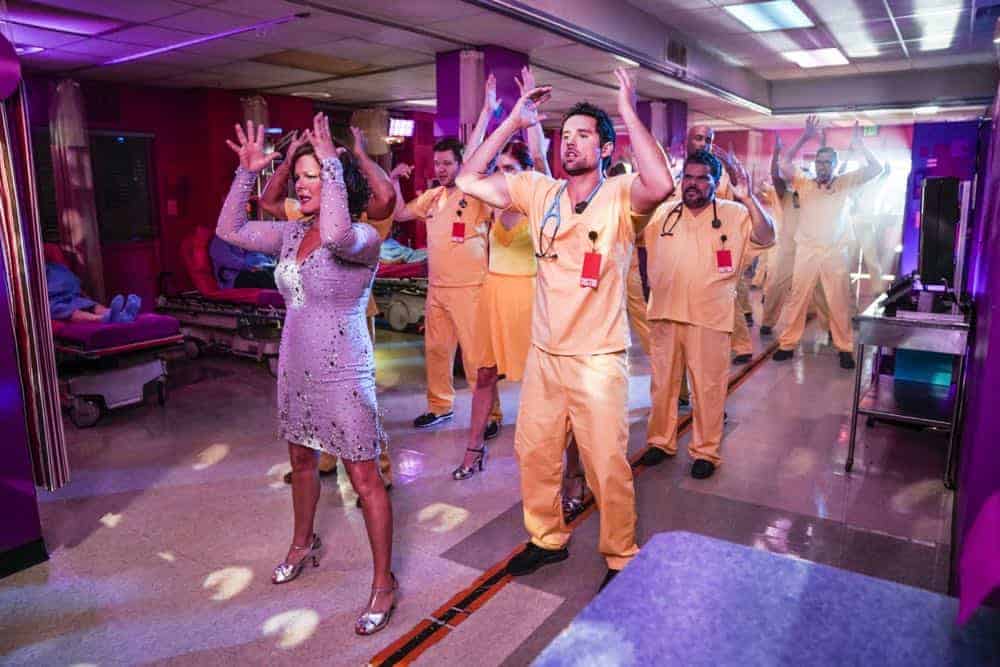 “Better Angels” – Angus and Mario treat a patient who is a self-proclaimed psychic and envisions the staff singing and dancing, seeing beauty amid the chaos at Angels Memorial. Also, Willis and Rox put their lives in danger to rescue a congressman and his staffer from a multi-car accident, on CODE BLACK, Wednesday, May 2 (10:00-11:00 PM, ET/PT) on the CBS Television Network. The cast sings and dances to “Angel of Small Death & The Codeine Scene” performed by John Ondrasik. CODE BLACK Season 3 Episode 2 Photos Better Angels.