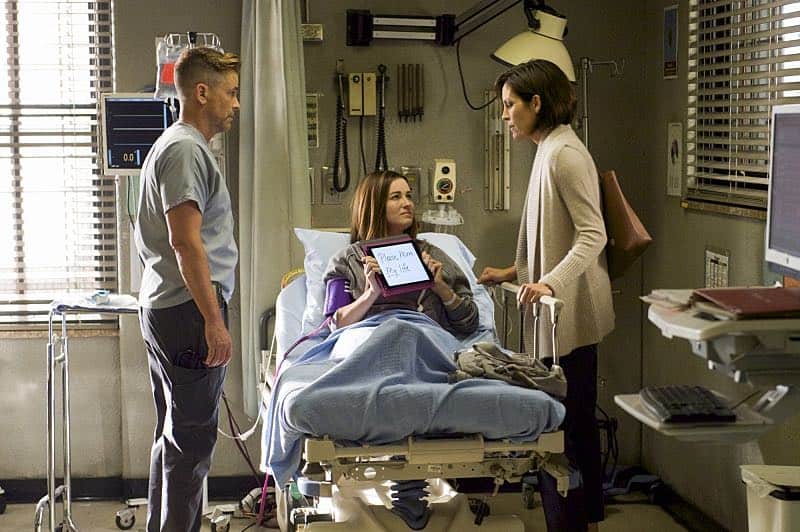 “Hero Complex” – Malaya must inform a college student who regains consciousness at Angels Memorial that she’s the victim of a rape, and Willis and Campbell butt heads over a terminally ill woman who wants to end her life on her own terms, on CODE BLACK, Wednesday, Nov. 9 (10:00-11:00 PM, ET/PT), on the CBS Television Network. Annabeth Gish guest stars as Geraldine, the mother of the terminally ill girl; Richard Lewis guest stars as Stewart, a stand-up comedian who collapsed while on stage, and Stephen Culp returns as Desmond Leighton, Angus and Mike’s father.