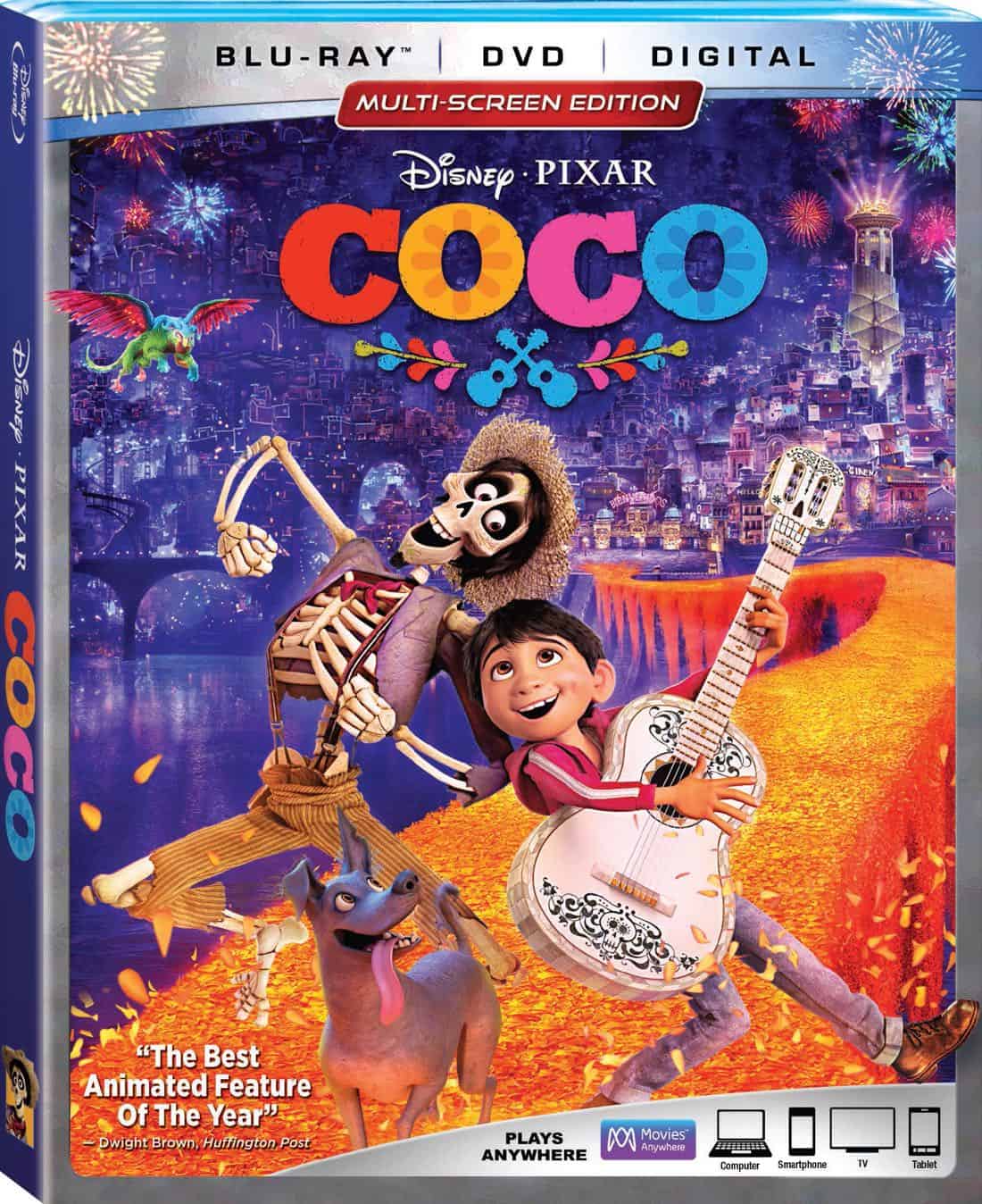 Seat42F and Disney/Pixar have teamed up to give THREE lucky winners a copy of COCO on Blu-ray. For a chance to win send an email to [email protected] and tell us your favorite Pixar movie. Only one entry per person. Contest ends March 6th. Winners will be notified on March 7th via email.

Disney•Pixar’s Coco the story of a 12-year-old aspiring musician’s extraordinary journey to the magical land of his ancestors—won a 2018 Golden Globe Award® for Best Animated Motion Picture, topped the domestic box office Thanksgiving holiday weekend, became the highest grossing film of all time in Mexico, broke records in China and earned widespread praise, receiving 96 percent from critics and 97 percent from audiences on Rotten Tomatoes. Now this vibrant tale filled with love and laughter arrives home Digitally in HD and 4K Ultra HD™ and on Movies Anywhere on Feb. 13, and on 4K Ultra HD,™ Blu-ray,™ DVD and On-Demand on Feb. 27.

Through fresh and fascinating bonus material, adventurers of all ages will tag along with filmmakers as they soak in Día de los Muertos in Mexico; explore the essential role of music in “Coco;” and learn how the cast and crew personally connect with the film’s message. They’ll step behind the scenes to discover the inspiration behind the film’s creative costuming; Miguel’s beautifully complicated family; Dante the loyal Xolo dog; and the stunning worlds of both the dead and the living. Features also include deleted scenes, insightful filmmaker commentary, the music of Coco and more.

“Coco” is packaged several ways to ensure viewers get the most out of their in-home viewing experience. The Multi-screen Edition (formerly the Blu-ray Combo Pack) includes Blu-ray, DVD and a Digital copy, giving viewers the flexibility to watch the film on different devices. Those with 4K Ultra HD capability may opt for Digital 4K Ultra HD or the 4K UHD Combo Pack, which includes 4K UHD, Blu-ray and a Digital copy. 4K Ultra HD provides four times the resolution of HD, bringing the rich color, textures and sounds to life and immersing viewers in two fantastically animated worlds. Dolby Atmos audio heightens the memorable score created by Oscar®-winning composer Michael Giacchino and his 83-piece orchestra, as well as original songs like “Remember Me” by the Oscar®-winning team behind “Frozen,” Kristen Anderson-Lopez and Robert Lopez. 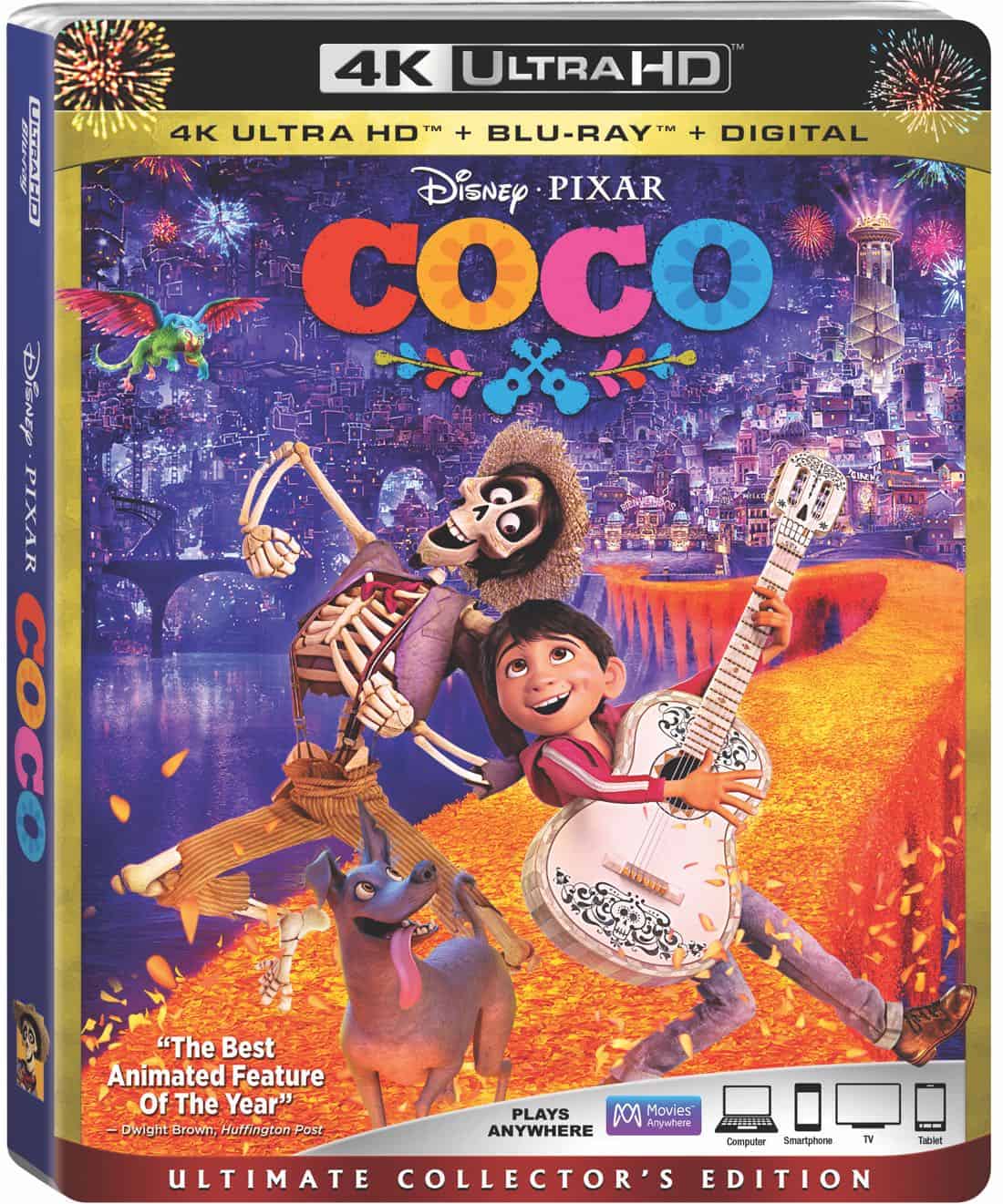