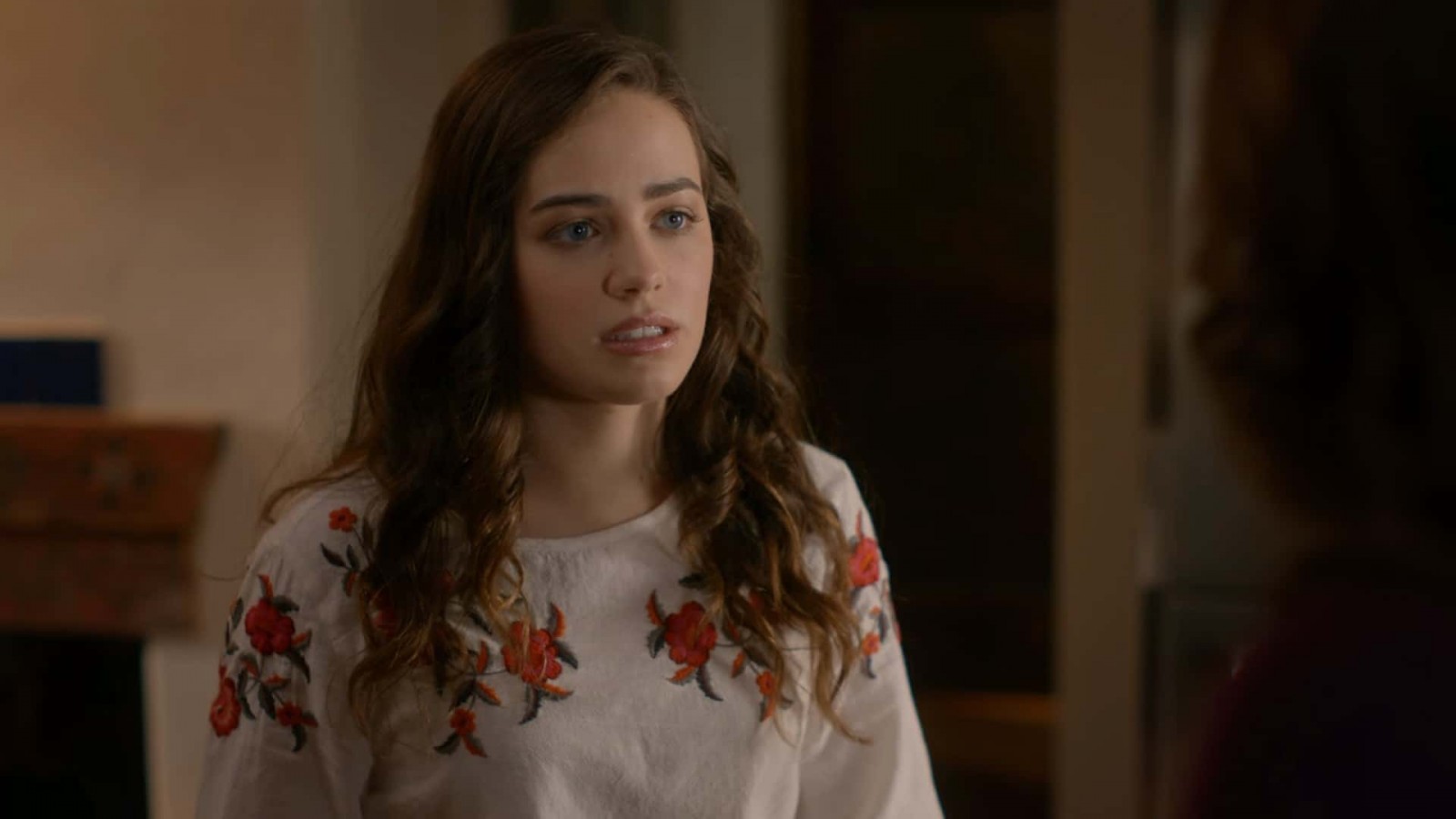 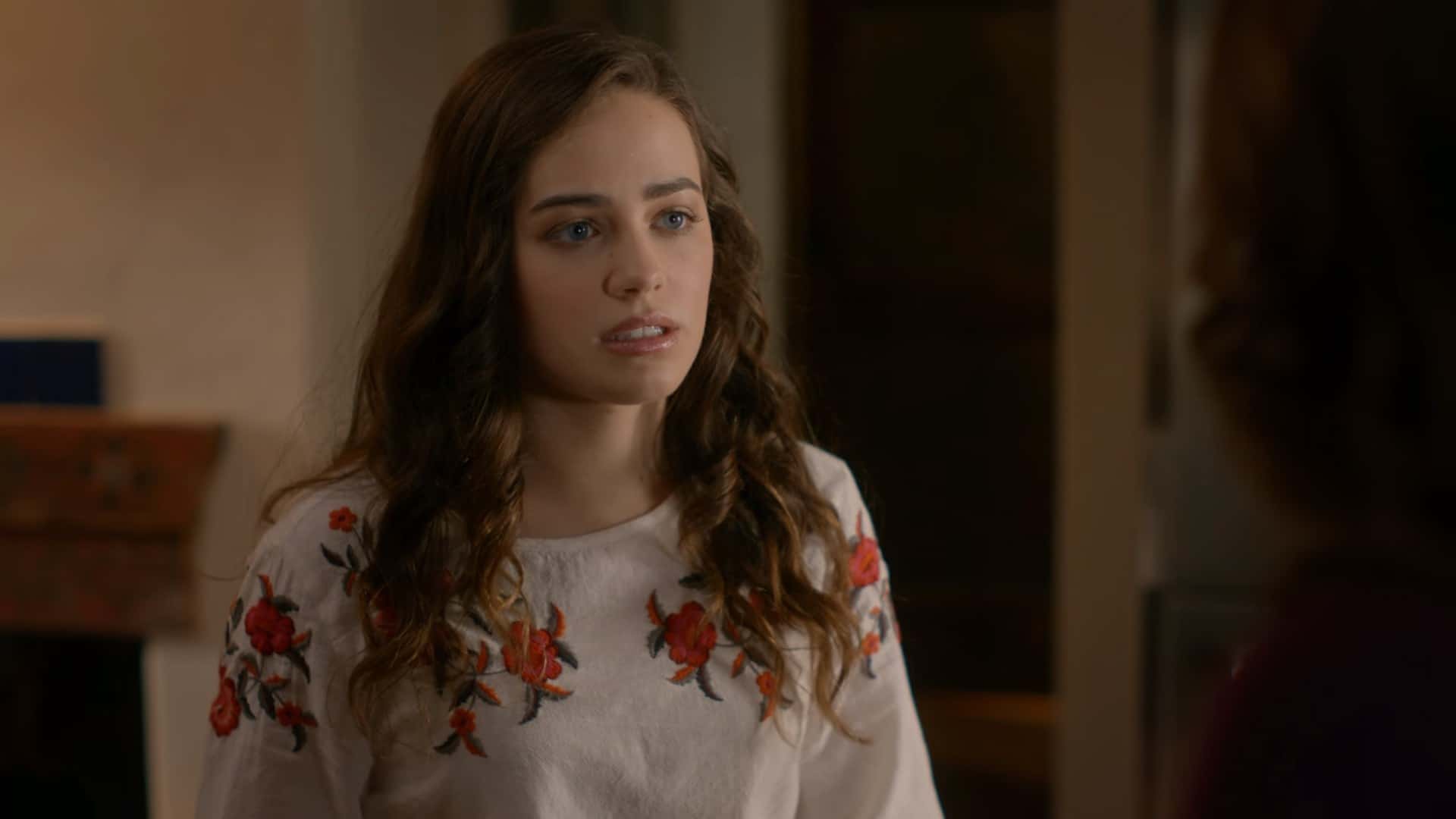 Getting the chance to portray the daughter of Daniel LaRusso in the new drama series COBRA KAI, the continuation series based on the film “The Karate Kid,” Mary Mouser is a fantastic addition to the story. In COBRA KAI, Mary portrays Samantha LaRusso, who becomes involved with one of the young teens who trains at the Cobra Kai dojo. In a nice twist of fate, the rivalry of Cobra Kai members and the LaRussos is very much alive. In an exclusive interview, Mary talks about getting to be a part of the amazing COBRA KAI universe and how much she enjoys all the incredible opportunities she has as her career grows.

What was the initial appeal for you about portraying Samantha LaRusso and working on YouTube’s COBRA KAI?
MARY: The idea of playing such an iconic character’s daughter was intimidating and thrilling, not to mention the prospect of learning some Karate moves of my own! Plus, Samantha has a great story to tell, that I know my own 15-year-old self would have connected to and enjoyed seeing.

How would you describe who Samantha is in the series?
MARY: She’s tough, and she’s very smart, but she’s caught up in trying to find where she fits in the world. The battle between who she is and who she thinks she wants to be is raging inside of her, and at the end of the day she just wants to fit in – something I think we can all relate to.

What do you most admire about her?
MARY: Sam has so much fight in her, and she doesn’t back down from a challenge, I really love that about her.

What is it like working alongside the talented ensemble on COBRA KAI?
MARY: It was so special, and so amazing. This was an incredible cast and crew that I feel beyond lucky to have worked alongside.

Were you familiar with the original film “The Karate Kid” in which Ralph and William Zabka had costarred? How did it feel to be invited to be a part of this iconic story?
MARY: I was familiar with the story, but hadn’t seen the movies until I booked it — at that point, it was because I was afraid to make myself more nervous than I already was! It is an honor to get to be a part of this story, and I can’t express my gratitude for getting to have a hand in creating the next chapter.

Portraying the daughter of Daniel LaRusso, you get to work with Ralph Macchio. What is that experience like?
MARY: He was an absolute sweetheart. I was sweating bullets, hoping that I wouldn’t mess up the art he’d created in the original story, but he came with open arms and embraced the people who would now get to step into that world with him.

Any favorite scenes that you can share from working on the show?
MARY: My favorite day was filming my date with Miguel (Xolo Mariduena). We had a blast goofing off and having fun all day! I also loved the movie theater scene with Kyler (Joe Seo), busting out my first official karate move was so cool.

What challenges did you face working on the show and how did you overcome them?
MARY: It was my first time living on my own, as we all moved to Atlanta to film, so that was a challenge. But with such an amazing group of people around to lend a hand – I never got lonely. Xolo and I explored Atlanta together, and Ralph always let me know he was a call away if I ever needed him!

Has COBRA KAI left an impression on you in your life? If so, in what way?
MARY: It absolutely has. I’m so grateful for the amazing people I met, who give me something to look up to and aspire to be, as well as those who reminded me why I love what I do so much. The show itself helped to remind me that we all have good and bad in us, and it’s about who we trust and what we put into our minds that makes it easy to go one way or another – be careful who you surround yourself with.

Then as an actor, what has been the one thing you have taken away from the experience of working on COBRA KAI?
MARY: I feel that I took away so many positive messages from working on COBRA KAI, in particular I know that I value the exceptional opportunity that was presented — to work with such an amazing group of people is so rare and so inspiring.

What is your proudest achievement working on COBRA KAI?
MARY: I learned how to do the flip seen in the Golf ‘N Stuff scene with Xolo in a couple of hours – that was something I didn’t know I had in me until that moment.

You also appeared in the series LIFE IS WILD, a series that I adored. What did you enjoy about working on that show?
MARY: Thank you!! That was another incredibly special opportunity, I can’t even explain how special. My whole family got to move to South Africa for a year, it was truly incredible. I even had a pet Marmoset monkey!

We have also seen you on FREAKISH last season in the role of Mary Jones. What did you take away from that experience on FREAKISH?
MARY: My favorite thing is special effects make up, which I got to have a blast with on that set. I really loved learning all I could about how the makeup worked — plus the extensive removal process!

What has surprised you most about your career so far?
MARY: I’m not sure that I have an answer for that yet. I’m surprised every day as it progresses, I just feel lucky that I keep getting to do what I love doing.

At this stage of your career, what do you think you have learned from the roles and projects you have worked on?
MARY: To have fun with all of it. I try to truly enjoy every step along the way and have as much fun with each new character as I can.

Then what are the perks of where you are in your career right now?
MARY: This might be one of the first times I’ve really tried to sit back and just enjoy. I’m always so focused on what’s next, but I’m trying to just enjoy this really exciting moment and give myself a break.

Has there been any great advice you have gotten about working as an actor?
MARY: I’ve received a lot of great advice over the years and learned all the terminology – my boyfriend jokes that I’m basically my own AD — but something I’ve heard and am trying to apply most right now is to just enjoy each and every step of the process. I enjoyed filming the show, and then the premiere process, and now I’m enjoying finally getting to hear what people think of the show!

What advice would you offer to other upcoming and aspiring actors?
MARY: To never give up. It’s so easy to get excited about trying it out or to jump straight to success, but there is joy in every failure – each one brings you closer to where you want to be in the future — but the “failures” are plentiful, they often seem never ending, but they make it all worth it in the end when you get that “Yes.”

At a time when women’s voices are rising to be heard and respected around the country and world, what do you recommend your fans do to lend support in that endeavor?
MARY: My best advice is only what I try to do myself, which is: to listen. To everyone I can, to every voice that’s out there. Listen, learn, and make your own decisions, don’t let someone else tell you what is right and wrong and acceptable. You know better. Listen, and respond when you feel you have all of the information and respond with support.

Do you have any other upcoming projects that you can share that fans should keep an eye out for?
MARY: Season 2 of COBRA KAI is around the corner now, but I’m also in an episode of a show called “Room 104” on HBO that should be releasing soon!

To see Mary’s fun performance as Samantha LaRusso, COBRA KAI is currently available for binge-watching on YouTube Red. To learn more about the show, you can follow the show on Twitter @CobraKaiSeries. Then to follow Mary as her career continues and see what adventures she has, you can follow her on Twitter @MaryMMouser.