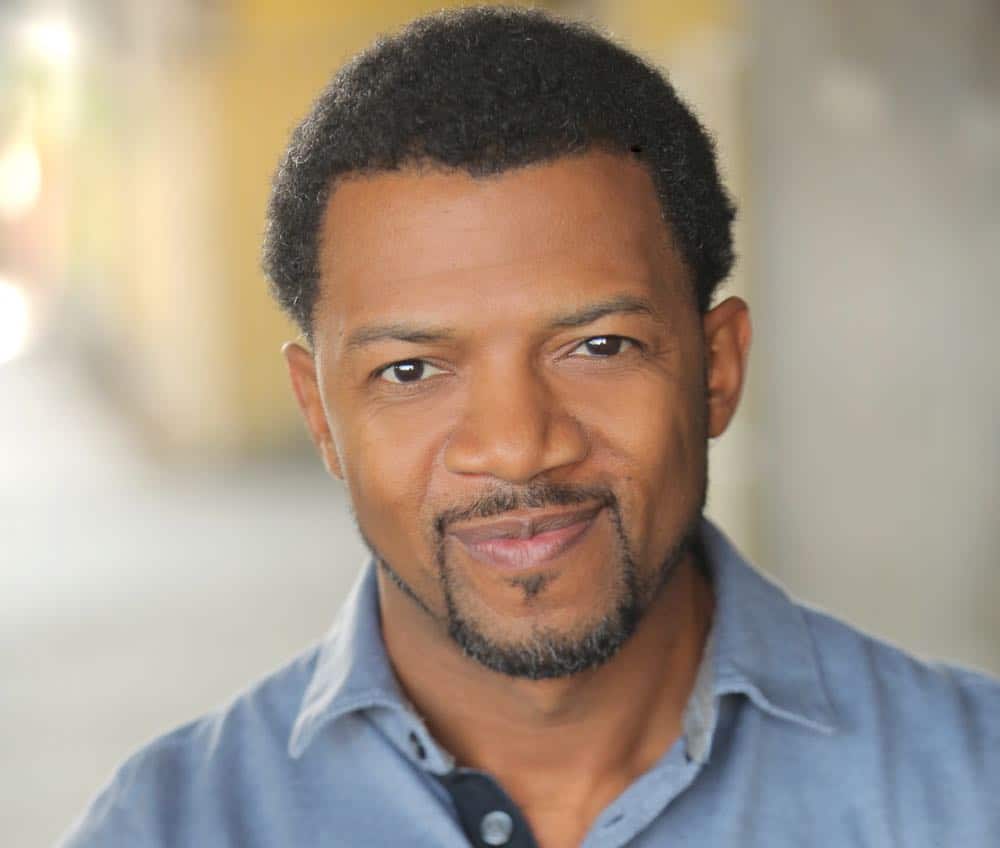 Some heroes are born and others are created, but all follow their own unique and amazing path. In the new superhero drama series CLOAK & DAGGER, two children find themselves bound together by one terrifying event. One will find her family ripped apart, and the other will find his family drawn together by tragedy. Getting the chance to portray a father striving to protect his family is Miles Mussenden. In an exclusive interview, Miles reflects on the path that has led him to be a part of this extraordinary new series, as well as what is is like to be a part of the CLOAK & DAGGER world.

What was the initial appeal for you about working on CLOAK & DAGGER?
MILES: Well it was actually called an “Untitled Cable Project” at first, so I didn’t know that it was a Marvel show. However, just from reading the audition mock sides I knew that this character resonated with me. I literally read the scenes two or three times at most and didn’t need to spend time memorizing or anything – I was ready to audition. It’s just one of those strange things where I instinctively knew who this guy was and felt I was able to portray him organically.

How would you describe who Michael is in the series?
MILES: His name was actually changed to Otis. Otis is an honorable hard-working patriarch who’s a little bit broken from past trauma and struggles to keep his family in a safe place.

What do you most admire about him?
MILES: I admire that he always tries to take tragedy and turn it into Triumph. Instead of letting the tough things in life drag him down he uses it as fuel to propel him and his family forward. In this family, that can be quite the challenge.

What is it like working alongside the talented ensemble on CLOAK & DAGGER?
MILES: We have the makings of a dream team with our mix of seasoned pros and new faces. I would often go on set to watch them work on my days off and I saw no weak links. It’s almost like we don’t have to act because everybody comes to play and things just happened, should be a lot of magic moments. Everyone’s bringing their A-game, I’m just inspired to do my best work.

Who do you get to work with most in the series and what is that experience like?
MILES: I got to work with Aubrey [Joseph] a lot and I loved it because I got to have a teenage son. We have connections that go far beyond our characters. Both Aubrey and I have roots that go back to a country in South America called Guyana, we both grew up in Brooklyn, and we were both into music at a young age. That kid has got some serious acting chops, he would do things in character that would shock me and my character. So no acting necessary, iron sharpens.

Any favorite scenes that you can share from working on the show?
MILES: That’s tough to say. There is my favorite dramatic scene, my favorite action scene, my favorite suspense…. Of course, I can’t be too specific. I’ll just say for me there are some things in episode (mmm let’s just say before mid-season) that I haven’t seen done on TV before, and I hope the audience loves it as much as I do.

What challenges did you face working on the show and how did you overcome them?
MILES: We deal with some heavy subject matter at times and that can be emotionally taxing. My preparation had me down in the dumps a bit. After we shot the pilot I spent a month working at Susan Batson Studio for five days a week just doing emotional flexibility exercises. That really helped me get in touch with my instrument to be emotionally available to handle the seasons rollercoaster.

Has the show and its characters left an impression on you in your life? If so, in what way?
MILES: Synergy. There’s an old proverb, ‘one can put a thousand to flight two can put ten thousand to flight.’ Often we’re one relationship away from achieving major breakthroughs in our lives. CLOAK & DAGGER exemplify this.

As an actor, what has been the number one thing you have taken away from the experience of working on CLOAK & DAGGER?
MILES: That a great show is like a team sport and it takes collaboration, everyone involved bringing their A-game. At this moment I have no idea what my own scenes will be like. I do every take slightly different, so the editor and director play a major part in what we will see on screen. The DP and the composer help shape what the audience feels etc. So, I know it’s on me to be physically ready and emotionally available to do my part and I trust that crew has done theirs.

What is your proudest achievement working on CLOAK & DAGGER?
MILES: Well, first of all, being a regular on a Marvel project… more specifically we tell stories on this show that are close to home. I’m proud to be part of a team that I think will make the audience really believe the fantasy and be impacted by it.

You also worked on QUEEN SUGAR. What did you enjoy about working on that project?
MILES: I enjoyed the camaraderie. On the show, ‘Hollywood’ (played by Omar Dorsey) is my best friend, and Omar and I have really become good friends in real life. When we get together off set it’s the mirror image of our characters on the show.

What did you take away from that acting experience on QUEEN SUGAR?
MILES: That I really enjoy playing dynamic characters, especially since I’ve played so many authority figures since I started doing film and television. On QUEEN SUGAR nobody knows how my character will behave until I do the scene, not even I know. 😉

Then you also appeared in MR. MERCEDES What did you enjoy about working on that project?
MILES: Well, first of all I’m a Stephen King fan. I loved filming this scene where we’re riding in an armored vehicle and get to shoot up an ice cream truck – there were lights and cameras on cranes 100 feet in the air. Not to mention I got to do this while being in charge of a bunch of real police officers. I hung out on set and had lunch with all of the police officers after which was an interesting experience. In light of all the news of officer shootings of unarmed black males, our time together allowed me to see cops through a different lens.

What has surprised you most about your career so far?
MILES: My breakthroughs, and help that always seem to come from places I didn’t expect.

At this stage of your career, what do you think you have learned from the roles and projects you have worked on?
MILES: I’ve learned to be a patient listener. Things that people say or do are born out of their past experiences and things that are going on in their lives. Everything comes out of fear or love.

Then what are the perks of where you are in your career right now?
MILES: Let’s see, casting directors show me more love than previously, some give me big hugs and make me feel that sense of equal collaboration. I get to walk the red carpet and get mentioned amongst actors that I’ve long admired. Most importantly, my family gets to live vicariously through me as their friends a coworkers ask about our world.

Has there been any great advice you have gotten about working as an actor?
MILES: Greg Apps told me, “for an actor the character is king, long live the king.” As a result creating unique unpredictable characters give me life. Don Cheadle told to me “don’t just be a hired gun” (an actor waiting to get a gig). You have to do something else in the business as well.

What advice would you offer to other upcoming and aspiring actors?
MILES: Do the work (preparation), then trust your instincts (when performing).

Do you have any other upcoming projects that you can share that fans should keep an eye out for?
MILES: I did an Indie film called “Heather” that should be completed soon, and there might be a few more episodes of QUEEN SUGAR in my future. You’ll have to follow me on my socials to stay tuned…. (@milesmussenden)

To see how the father-son dynamic is challenged as the season develops, be sure to tune in for the premiere of CLOAK & DAGGER on Thursday, June 7th at 8:00 p.m. on Freeform. For special preview clips and information about the show, you can follow the show on Twitter @CloakAndDagger. Then to see what adventures and future career opportunities arise for Miles, be sure to follow him on Twitter @milesmussenden.