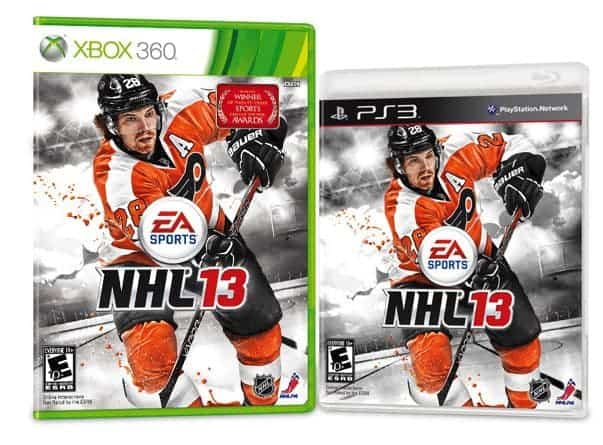 Electronic Arts Inc. (NASDAQ: EA) and NHL.com announced today during the live broadcast of the 2012 NHL Awards that Philadelphia Flyers forward Claude Giroux has been selected by fans as the EA SPORTS NHL®13 cover athlete. Giroux beat Nashville Predators goalie Pekka Rinne in the final of the first ever EA SPORTS NHL® Cover Vote campaign by less than a one percent margin, in what was the closest matchup of the entire campaign. NHL 13 will be available on September 11, 2012 in North America and September 14, 2012 in Europe.

“The support fans have given me throughout the campaign has been unbelievable,” said Flyers forward Claude Giroux. “I am very excited to be on the cover of NHL 13 and I want to thank everyone who campaigned and voted for me – especially my teammates, the Flyers organization, and of course all the NHL fans who voted and tweeted.”
&nbsp;
Between March 29 and June 4, fans cast nearly 26 million votes on NHL.com throughout the campaign, which was sponsored by BlackBerry®. During the finals alone, more than two million votes were cast.

“The level of passion that the fans, players, and NHL teams have displayed throughout the first ever EA SPORTS NHL Cover Vote campaign has been overwhelming,” said Dean Richards, General Manager, NHL, EA SPORTS. “The EA SPORTS NHL Franchise has had a rich tradition of outstanding cover athletes and quality games, and we feel privileged to introduce Claude Giroux as the face of NHL 13 as selected by the fans. With Giroux on the cover and our revolutionary new True Performance Skating engine, we feel great about delivering our most innovative title yet with NHL 13.”