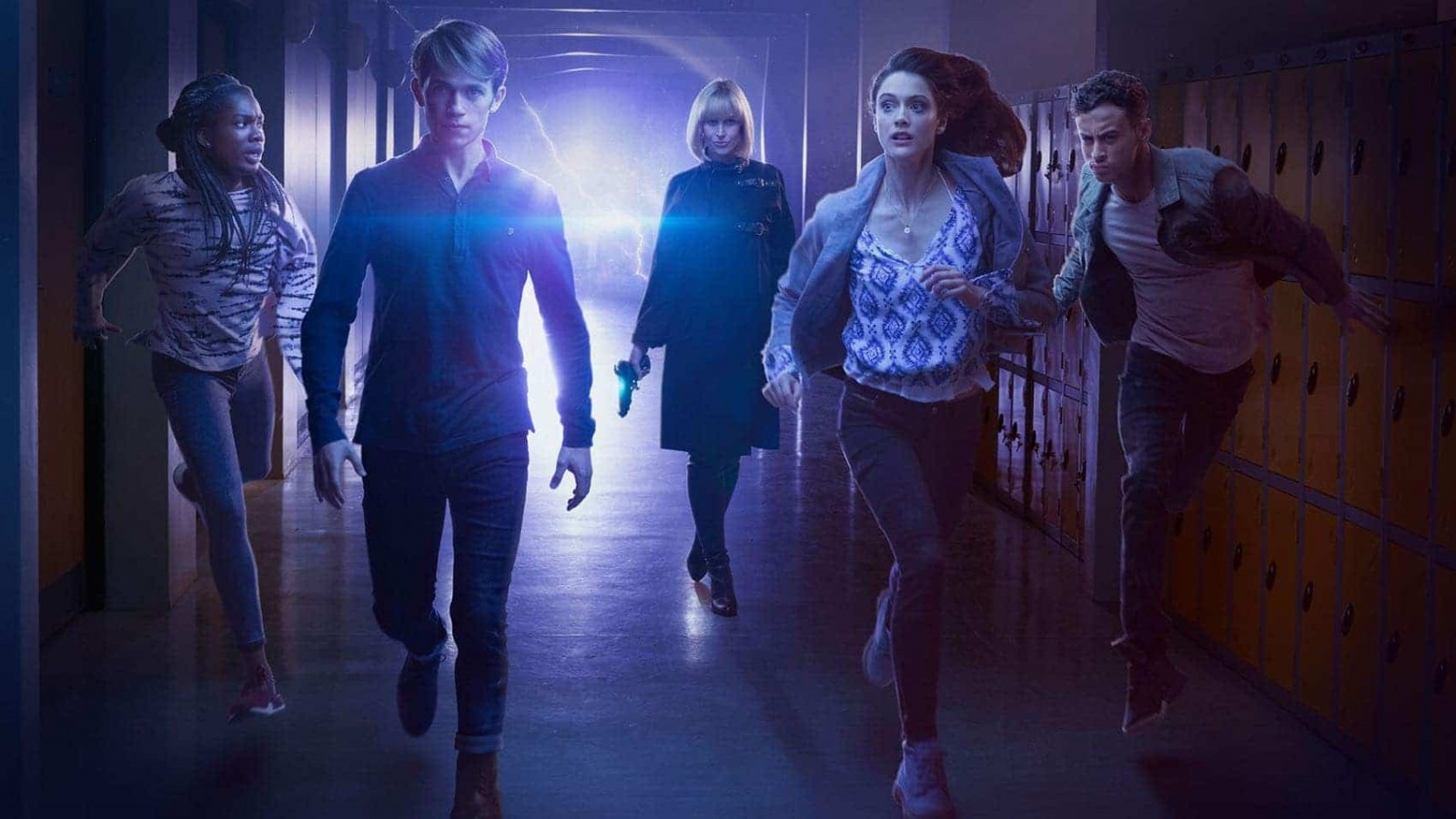 BBC’s Doctor Who has had a couple of spin-offs, but none are currently running. Given how infrequent new installments of the parent show are, it’s almost always welcome when there’s some continuation or extension set in that world to fill in the gaps. The newest series, though, at least in America, doesn’t come in the off-season, but instead will air in parallel with new Doctor Who, beginning this weekend.

Called CLASS, the show tells the story of four students and a teacher at the infamous Coal Hill Academy. Renovated and fancied up since the last time we saw it, the school having been periodically featured in the series since the beginning, most recently as Clara’s workplace, this allows both a familiar and fresh setting for the new show.

The ensemble is as diverse as it can be in the British school-limited setting, with multiple races and sexual preferences represented in the five-member troupe. There’s: Ram (Fady Elsayed, My Brother the Devil), who dreams of being a football (soccer to us Americans) star; April (Sophie Hopkins, Brackenmore), the mild-mannered nerd who helps care for her mother; Tanya (Vivian Oparah), a Nigerian prodigy; and Charlie (Greg Austin, Mr. Selfridge), an alien price, the last of his race, who has a crush on a Polish boy, Matteusz (Jordan Renzo). They are watched over by Miss Quill (Katherine Kelly, Coronation Street, Mr. Selfridge), also alien, also last of her race, enslaved to protect Charlie.

So yes, the character descriptions give you a bit of the ongoing plot right away. With two extraterrestrials hiding out and trying to keep their races from going extinct, any number of baddies will come to the school looking for them. Then again, that institution has always attracted more than its fair share of trouble, with a body count well above average. So multiple elements converge on a place that is sure to see exciting things happen on a regular basis.

I do admit, I found CLASS a little hard to access at first. The core group seems so different from one another, and it feels weird to see them all drawn together artificially early, not by the monster, but prior to that. It was especially bizarre when they all sat next to one another in class. I think most shows would have circumstance bond them, or focus on an already solidified friend group, but CLASS tries something different, and I’m not sure it quite works. Or maybe I’m applying an American cultural filter to a British series; I’m just not sure.

The first episode itself is interesting, setting things up nicely, while still having an urgent plot driving it as well. There are some fun references, such as when the school is said to be essentially sitting on a Hellmouth. The problem with that is, Buffy the Vampire Slayer is one of the best shows of all time, and inviting comparison is risky. The saving grace is that Buffy didn’t have a strong first season, so it also asks viewers to give CLASS a chance if it doesn’t immediately hook them.

The Doctor (Peter Capaldi) makes his inevitable cameo, as we know he must, but I found it a disappointing one. Not in of itself, as I loved seeing him, as it fits into the whole. CLASS is trying to set itself and its heroes up, and having The Doctor burst in at a key moment feels like cheating, robbing the protagonists of their chance to really stand up for themselves. We do get some other opportunities to see the cast in action, and The Doctor does provide some welcome wisdom. But it still didn’t feel quite right.

I like CLASS. It has a talented ensemble, and I cannot get enough of Kelly as Quill. But it doesn’t have the charm of Doctor Who (except when The Doctor is present), and it struggles to find its own identity in episode one. It isn’t as instantly gripping as Torchwood, a prior spin-off. With seven more episodes in this run, we’ll see if it develops into something worthwhile, or sputters out.

CLASS premieres this Saturday at 10:10/9:10c on BBC America, following Doctor Who

EXCLUSIVE : LIKE CATS AND DOGS Scoop: Shining The Spotlight On Wyatt Nash