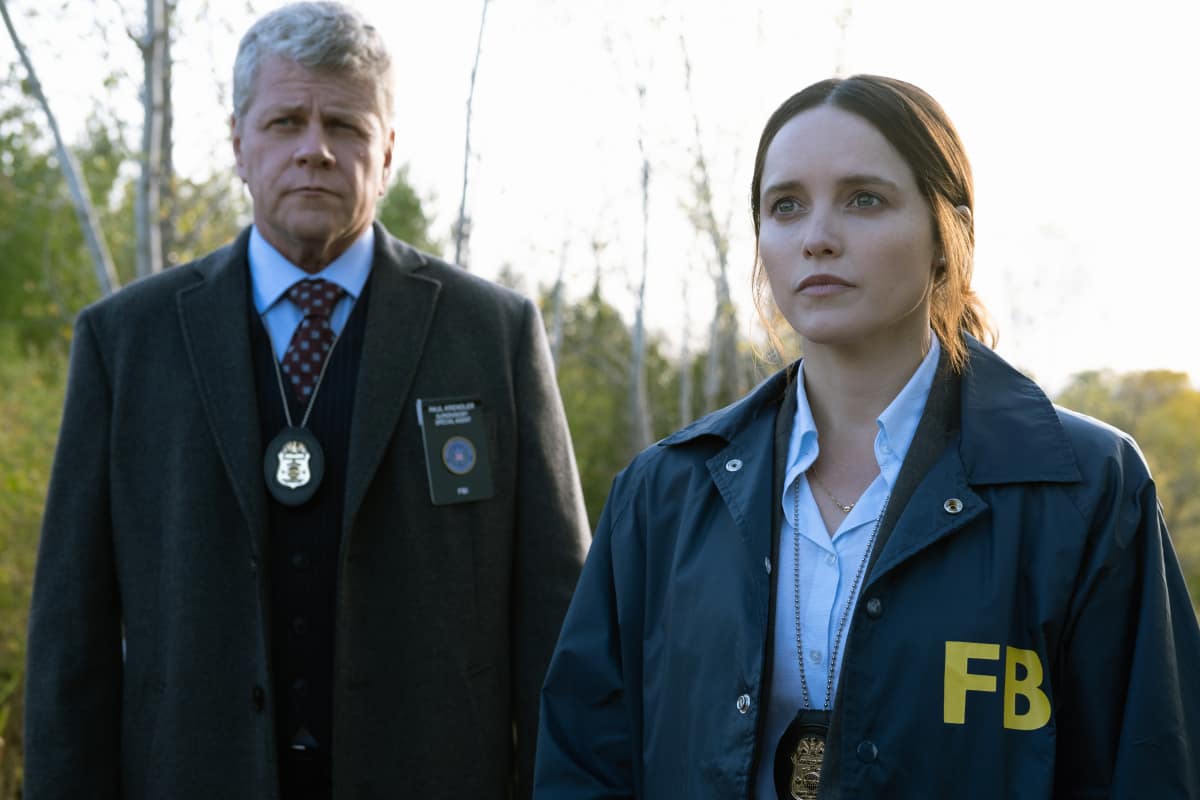 CBS’s newest drama is CLARICE. As you might guess, it is related to The Silence of the Lambs and its protagonist, Clarice Starling. In fact, the story is set in 1993, a mere year after the events of the film and book. Clarice isn’t doing all that well, mentally speaking, suffering some severe post traumatic stress from her ordeal. While being evaluated to see if she’s even fit to do her job, a status very much in doubt, Clarice is called up by the Attorney General of the United States (who also happens to be the mother of a girl Clarice rescued) to hunt a new possible serial killer.

A lot of CLARICE’s pilot is very interesting. Rebecca Breeds (The Originals) does a fine job portraying the damaged agent, and all the pain and suffering she is going through. Clarice is not OK, and yet she often manages to function in public and in her job. Breeds strikes just the right balance of sanity and trauma in crafting the role to make her believable. Clarice is easy to get annoyed at, as she makes many bad decisions or acts rashly, but Breeds keeps her sympathetic, as well, even when the character is making her own life harder.

Similarly, the production may call to mind NBC’s ill-fated Hannibal, evoking some artistic images. Although, CLARICE often goes for the gruesome over the pretty, so it’s not quite the same thing. The pacing moves a lot faster and the characters, other than the titular one, don’t seem as well-developed, either. So while those fond of Hannibal (for very good reason) may be pleased to see some similarities, CLARICE doesn’t live up to that previous effort.

There is a lot of imagery from the events of the film, reshot, of course, with new actors and sets to that everything matches. This is a good element, immediately calling to mind the horror Clarice bore witness to and helping audiences understand where she is. It’s a finely crafted premise executed pretty well in that regard.

Where CLARICE shows its weaknesses are among the supporting players. It’s not because the actors aren’t good; CLARICE has the likes of Kal Penn (Designated Survivor, House), Michael Cudlitz (The Walking Dead), and Jayne Atkinson (House of Cards) in its lineup. But the roles these actors play aren’t great. Jayne’s Ruth, the aforementioned attorney general, is too single-minded and harsh. Penn’s Shaan gets almost nothing to do in the pilot. Cudlitz’s Krendler is the most well-rounded of the three, playing Clarice’s boss, but even the parts where softness gets through his tough exterior feel cliché and tired. I don’t blame the performers, but these are stock characters in a procedural, not the deep ones that make up a high-quality drama.

Which makes sense, because CLARICE is a procedural. The pilot hints at a larger story arc, and I’m sure it’ll be followed up upon. But the whole season isn’t spent on a case, like the prestige shows. This is CBS, so most bad guys are caught in an hour and not much changes. With this unfortunate core, the high-quality aspects seem like set dressing, not the point of the series, and the program suffers for it.

The world doesn’t exactly need a better version of CLARICE; there are enough other series in this genre that foot that bill. But any chance this one has of standing among them is squandered by the network television mantra to have things static and easily consumable. This is fine for their audience now, but doesn’t necessarily build a devoted fanbase that will keep it living and talked about on streaming services from years to come.