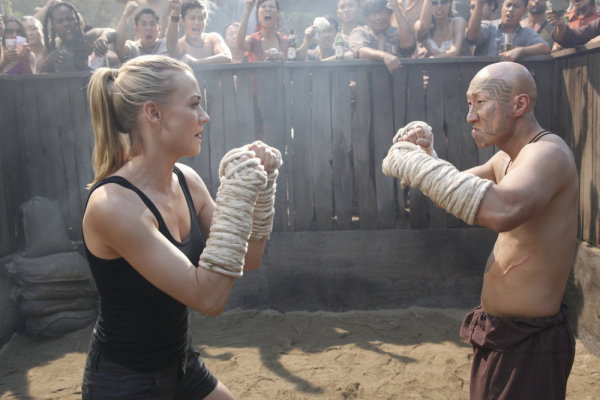 With the help of this unlikely team and his unorthodox techniques, Chuck is ready to take Operation Bartowski freelance. Chuck’s spy abilities will be put to a new test when he and his team – now a private security company known as Carmichael Industries – must save mankind without the help of the CIA. Instead, they’ll use the cover of the Buy More electronics store to fund their own operations, leading to new missions, new stakes and new obstacles.

With Chuck and Sarah as newlyweds and his family in on his secret, it has never been harder for Chuck to separate his spy life from his personal life. Featuring an amazing ensemble cast and action unlike anything else on television, there is no mission too impossible for “Chuck.” Also starring are Sarah Lancaster (“What About Brian?”) as Chuck’s ever-supportive sister, Ellie; Ryan McPartlin (“Living with Fran”) as Devon Woodcomb (also known as “Captain Awesome”), Ellie’s husband; Chuck’s Buy More team, which consists of Big Mike (Mark Christopher Lawrence, “The Pursuit of Happyness”) and the Nerd Herd, including Lester (Vik Sahay, “Time Bomb”) and Jeff (Scott Krinsky, “The O.C.”).