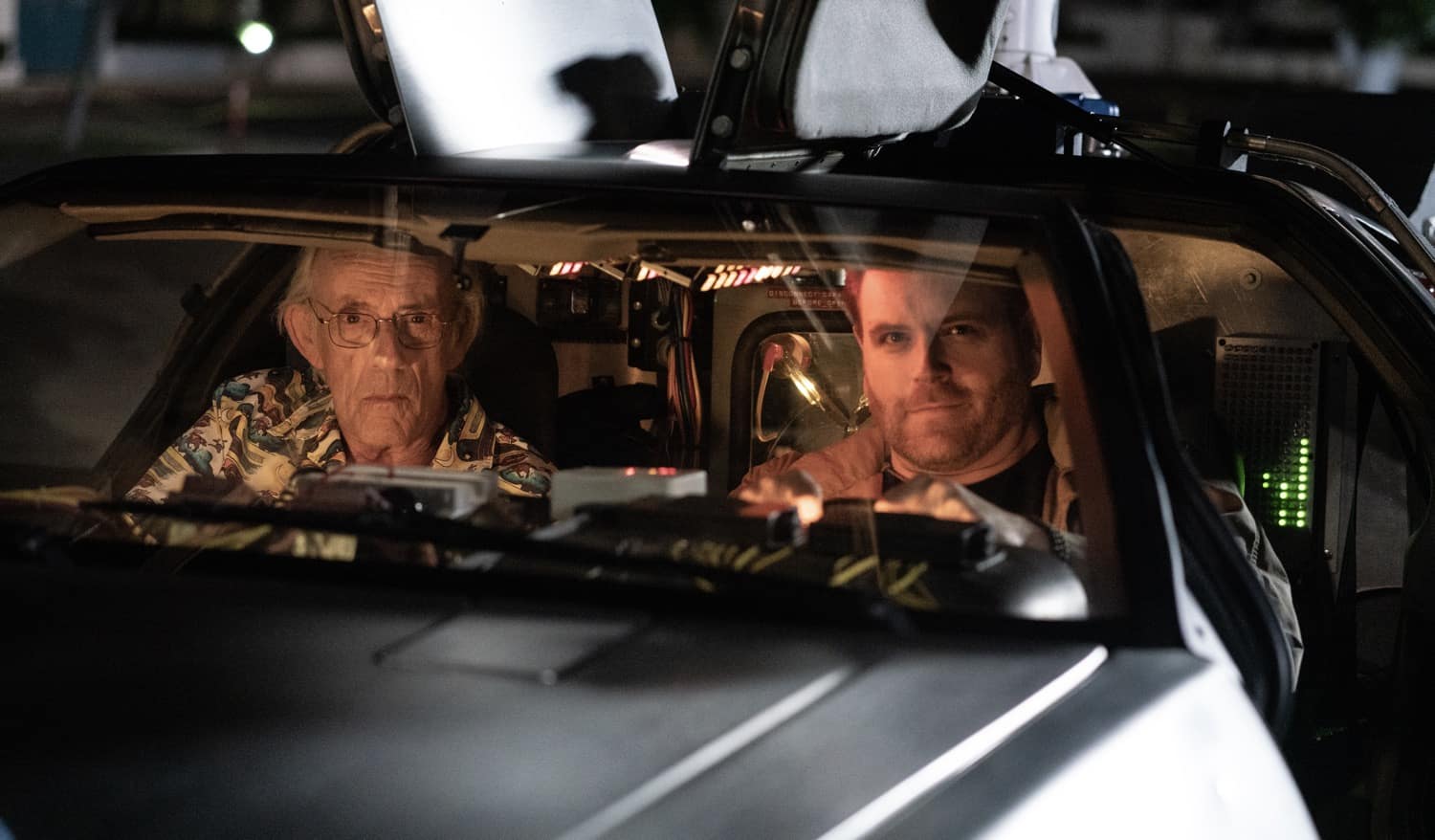 Josh Gates, avid explorer and host of Discovery Channel’s Expedition Unknown has spent his career traveling the world investigating history’s greatest legends and mysteries. Now, he’s setting out on the journey of a lifetime in search of the most iconic car in Hollywood history – The DeLorean Time Machine from the classic sci-fi trilogy Back to the Future. Together with screen-legend Christopher Lloyd, Josh travels across the country and through the history of one of cinema’s greatest franchises on an epic search for this timeless vehicle all in hopes of delivering and donating it to The Michael J. Fox Foundation. The special four-part series, EXPEDITION: BACK TO THE FUTURE streams Monday, March 15 on discovery+.

Josh Gates has taken viewers on thrilling global adventures, but none quite like this. Scouring iconic Hollywood locations in search of their coveted prize, Josh and Christopher soon realize their quest is full of unexpected turns and will extend beyond the glitz and glamour of Hollywood, so they enlist the help of some familiar faces including Michael J. Fox, Donald Fullilove, Lea Thompson, James Tolkan, and Harry Waters Jr. But, first they must meet with the man who started it all, co-creator of the Back to the Futuretrilogy, Bob Gale.

From Los Angeles to Houston to New York to Orlando — Josh and Christopher’s mission sends them to different corners of the country in order to find the perfect DeLorean Time Machine. Along the way, they meet with DeLorean experts, collectors, and Back to the Future superfans and dive deep into the history and lore of the famed vehicle. They will stop at nothing to get the perfect DeLorean Time Machine to The Michael J. Fox Foundation.

About discovery+: discovery+ is the definitive non-fiction, real life subscription streaming service. discovery+ features a landmark partnership with Verizon that gives their customers with select plans up to 12 months of discovery+ on Verizon. discovery+ has the largest-ever content offering of any new streaming service at launch, featuring a wide range of exclusive, original series across popular, passion verticals in which Discovery brands have a strong leadership position, including lifestyle and relationships; home and food; true crime; paranormal; adventure and natural history; as well as science, tech and the environment, and a slate of high-quality documentaries. For more, visit discoveryplus.com or find it on a variety of platforms and devices, including ones from Amazon, Apple, Google, Microsoft, Roku and Samsung.