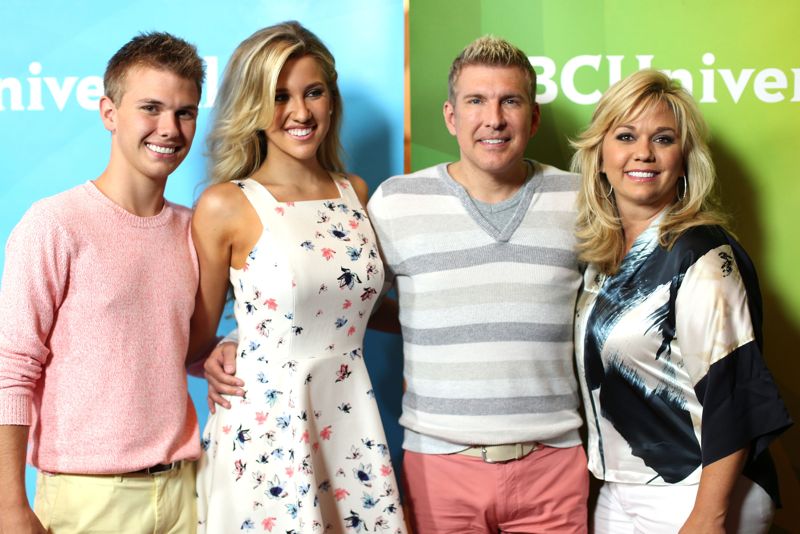 Get ready for a third dose of Chrisley crazy! USA Network today announced a season three, 12-episode renewal, for the hit original reality series, CHRISLEY KNOWS BEST, as well as a half-hour Chrisley holiday special set for this December.  The real-life family comedy, which broke its ratings record on its second season premiere, follows the entertaining lives of Atlanta-based “Patriarch of Perfection” Todd Chrisley, and his colorful clan including his wife, five children and two grandchildren.

“Viewers have embraced the Chrisleys for their witty one-liners, laugh-out-loud moments and heartfelt everyday situations,” said Chris McCumber, President of USA Network.  “This family has made an indelible imprint on pop culture, and we’re excited to continue the entertaining journey with them in season three.”

From day one, CHRISLEY KNOWS BEST captured critical buzz and a passionate loyal following.   The first season introduced the outspoken and overprotective husband and father Todd Chrisley and his unique brood. The series spawned a variety of signature one-liners (“Todd-isms”) and followed the daily escapades and laugh-out-loud outrageous moments of the family’s life.  This season, which airs Tuesdays at 10/9c,  viewers will have front row seats for teenage daughter Savannah’s first date, mischievous son Chase’s memorable 18th birthday, and an unforgettable Father’s Day that does not exactly go Todd’s way! Additional highlights of the second season include the family’s move to a new home, the Chrisley men finding themselves out of their comfort zone on a camping adventure, and a family trip to Malibu that delivers some hilarious moments and surprises.

A marathon of the entire first season as well as the first four episodes of the second season will air on Sunday October 26 from 9am – 4pm. The entire first season of CHRISLEY KNOWS BEST is also currently available on video on demand and on USANetwork.com.  Fans can also access “Chrisley’s Corner” on USANetwork.com, a one-stop destination to gain access to exclusive un-aired scenes from season one, games, GIF galleries and more Todd-tastic surprises.