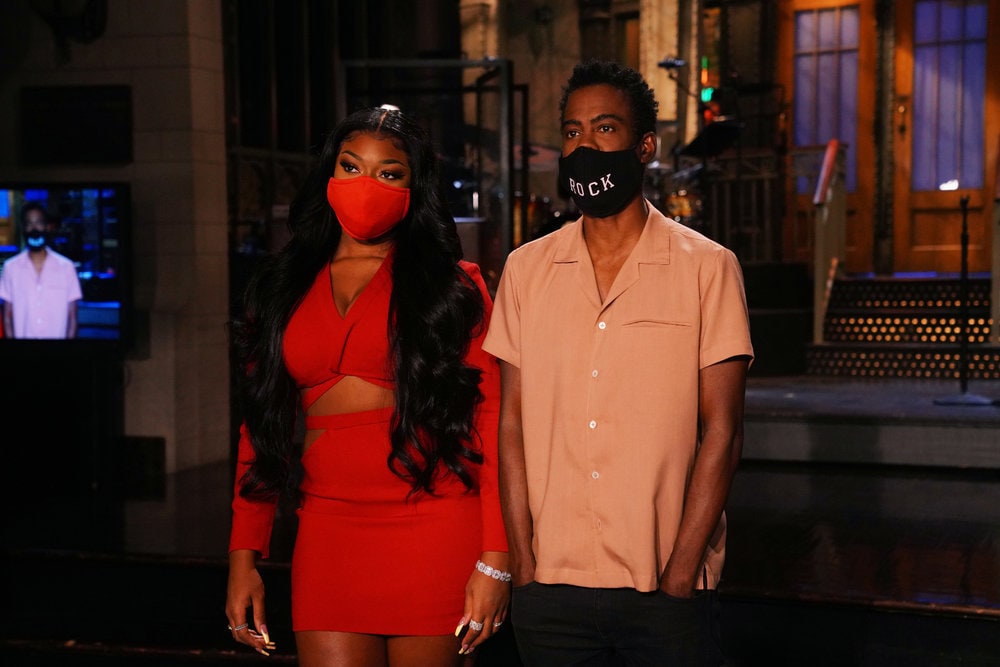 Chris Rock will take the stage in Studio 8H as host of “Saturday Night Live’s” 46th season premiere on Oct. 3.

Since its inception in 1975, “SNL” has launched the careers of many of the brightest comedy performers of their generation and, as The New York Times noted on the occasion of the show’s Emmy-winning 25th anniversary special in 1999: “In defiance of both time and show business convention, ‘SNL’ is still the most pervasive influence on the art of comedy in contemporary culture.” At the close of the century, “Saturday Night Live” placed seventh on Entertainment Weekly’s list of the Top 100 Entertainers of the past 50 years.

Not including specials and digital series, the program has won 78 Emmy Awards, the most for any show in television history. “SNL” also holds the title for the most nominated television show in Emmy history with 285 nominations, not including specials and digital series. “SNL” has been honored twice, in 1990 and 2009, with the prestigious George Foster Peabody Award and cited as “truly a national institution.” “Saturday Night Live” was inducted into the Broadcasting Hall of Fame by the National Association of Broadcasters and the show continues to garner the highest ratings of any late-night television program, entertaining millions each week.

“SNL” is making headlines and influencing the political dialogue while skewering it at the same time. Beyond politics, the show’s cast of recurring characters and take on pop culture targets remains spot-on. The addition of the show’s Emmy-winning “SNL Digital Shorts” ; continues to keep the show as current today as it was when it debuted.