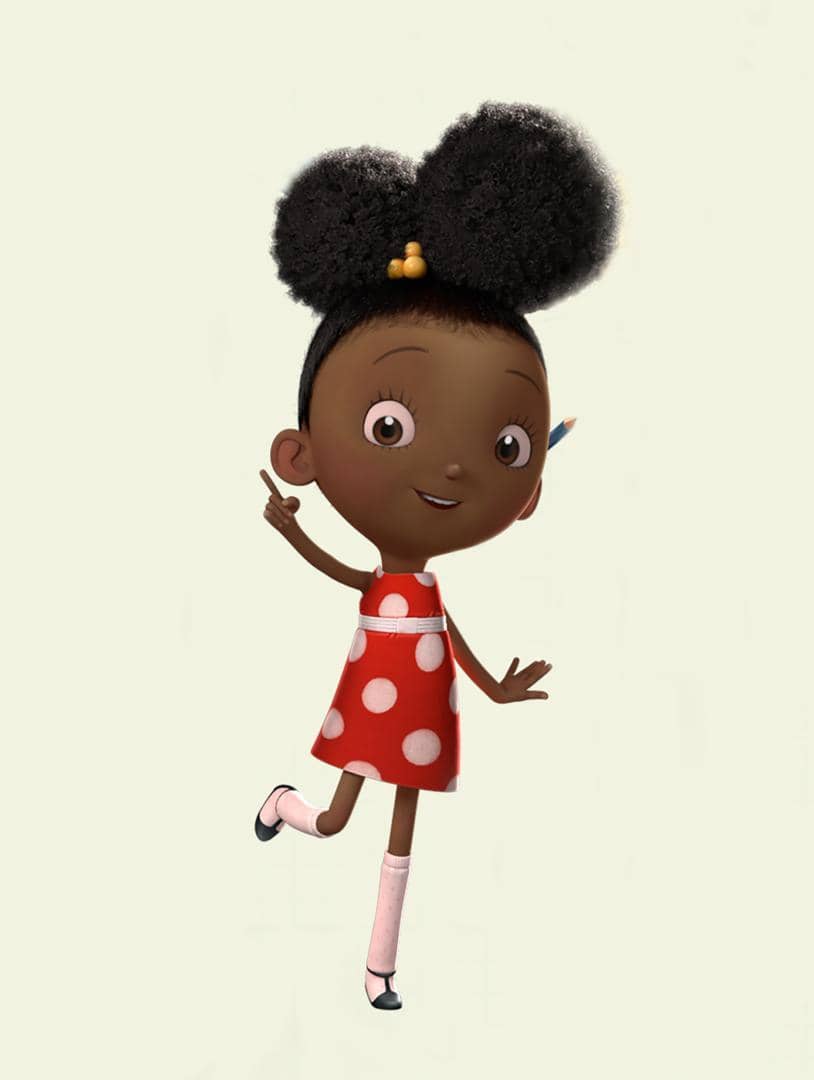 Kerri Grant serves as showrunner for the 40 x 12-min episode series, which will debut globally starting in 2021.

Wonder Worldwide (The Christmas Chronicles) also serves as a producing partner for the show.

The series introduces Ada Twist, a young Black scientist who will explore helping people through scientific discovery, collaboration and friendship. The 40 x 12-min episode series will debut globally starting in 2021.

The series is produced in partnership with President Barack Obama and Michelle Obama’s Higher Ground Productions (American Factory, Crip Camp, Becoming), which is dedicated to powerful storytelling that promotes greater empathy, understanding and connections between people, and lifts up new, diverse voices.

Logline: Ada Twist, Scientist follows the adventures of eight-year-old Ada Twist, a pint-sized scientist with a giant-sized curiosity, who aspires to discover the truth about absolutely everything. With the help of her two best friends, Rosie Revere and Iggy Peck, Ada unravels and solves mysteries for her friends and family. But solving the mystery is only the beginning, because science isn’t just about learning how and why and what… it’s about putting that knowledge into action to make the world a better place.

The series will also include real scientists to inspire young viewers.

Chris Nee, Executive Producer: “I’m thrilled to be partnering with Higher Ground to bring Ada Twist to the screen. As a fan of the books I was taken with the diverse characters, striking designs and vital message that science matters. Plus, Ada fulfills my personal need to populate children’s television with strong girls who aren’t afraid to be the smartest kids in the room. Once Kerri Grant came on board to showrun, I knew we had the dream team to bring this special series to life.”

Kerri Grant, Showrunner and Co-Executive Producer: “It brings me immense joy to be a part of bringing Ada Twist to the screen. As a young, curious Black girl who grew up loving TV, I simply became accustomed to rarely seeing images that reflected me onscreen — and the ones that did, represented an anti-intellectual stereotype that led me to hide my own light under a bushel. To be a part of bringing a show to kids that features a young, Black girl being unapologetically the smartest kid in the room, in a world as diverse and visually stunning as the one created by the book series’ author and illustrator, fills my heart to capacity. Working with Chris Nee, my old boss and certified preschool TV hit-maker; and Higher Ground and their commitment to representation, dreaming big, and excellence, has been the alignment of so many stars, it’s truly a celestial event.”

Priya Swaminathan and Tonia Davis, Executive Producers, Higher Ground Productions: “The Higher Ground team was inspired to produce Ada Twist, Scientist by President Obama and Mrs. Obama’s enduring commitment to young people, their education, and knowing no bounds or limits to dreams for their future. Chris and Kerri’s show will ignite kids’ imaginations. This is exactly the type of show Higher Ground was founded to create – powerful, meaningful storytelling for the whole family.”

Melissa Cobb, Vice President of Original Animation, Netflix: “Chris, Kerri and their talented team are creating a series that goes well beyond entertaining kids; they are bringing to life stories that reflect the world we live in and inspire us to envision solutions to the challenges we face. Ada is brilliant and funny and we hope she will ignite curiosity for kids around the world.”