GIBSON announced today, Tuesday, January 15, the release of a limited-edition Chris Cornell Tribute ES-335 guitar. The guitar will officially be unveiled at “I Am The Highway: A Tribute To Chris Cornell” the star-studded concert event honoring Chris Cornell’s legacy and contribution to music history on Wednesday, January 16 at The Forum in Los Angeles. For more information, visit: http://www.chriscornell.com.

“Chris Cornell was not only one of the most iconic singer songwriters of all time, he was a modern innovator who left a legacy that transcends music genres and generations,” says Cesar Gueikian, Chief Merchant Officer, GIBSON. “It is our honor to release this tribute ES-335 in his memory. It’s a guitar Chris fell in love with and which became a part of his creative expression. Chris was a special artist and we hope that this guitar will inspire fans to find their sound, and inspiration, just like Chris did, for many years to come.”

GIBSON partnered with Chris to work on his original ES-335 Artist Model and it was immediately clear that he had an innovative eye for guitar design. Features like the aged Lollartron humbucking pickups, clear “no number” Top Hat knobs, Olive Drab Satin finish, and Mother-of-Pearl Chris Cornell ‘signature’ peghead inlay make this guitar one of GIBSON’s most distinct artist offerings to date. Available in a limited release of only 250 pieces available for purchase worldwide in Spring 2019.

The “I Am The Highway: A Tribute to Chris Cornell” will feature members of Soundgarden, Temple of the Dog, and Audioslave, as well as, special performances from the Foo Fighters, Metallica, Ryan Adams, and more. Jimmy Kimmel will be on hand to host the concert. Tickets will benefit The Chris and Vicky Cornell Foundation, and The Epidermolysis Bullosa Medical Research Foundation, a nonprofit dedicated to raising funds and awareness for this painful and debilitating genetic disorder. GIBSON will donate two of the limited-edition Chris Cornell ES-335 models in partnership with the show to raise additional monies for both foundations.

About The Chris and Vicky Cornell Foundation:
The Chris & Vicky Cornell Foundation formed in late 2012 with a mission to protect vulnerable children around the world. The foundation supports organizations that provide shelter and resources for homeless, abused and at-risk-youth, children living in refugee camps and victims of human trafficking. http://chrisandvickycornellfoundation.org

About GIBSON:
Gibson Brands, the world’s most iconic guitar brand, has shaped the sounds of generations of musicians and music lovers across genres for more than 100 years. Founded in 1894 and headquartered in Nashville, TN, Gibson Brands has a legacy of world-class craftsmanship, legendary music partnerships and progressive product evolution that is unrivaled among musical instrument companies. The Gibson Brands portfolio includes Gibson, the number one guitar brand, as well as many of the most beloved and recognizable music brands, including Epiphone, Kramer, Steinberger and Gibson Pro Audio division brands Cerwin Vega, KRK Systems and Stanton. Gibson Brands is dedicated to quality, innovation and sound excellence so that music lovers for generations to come will continue to experience music shaped by Gibson Brands. Learn more at http://www.gibson.com and follow us on Twitter, Facebook and Instagram. 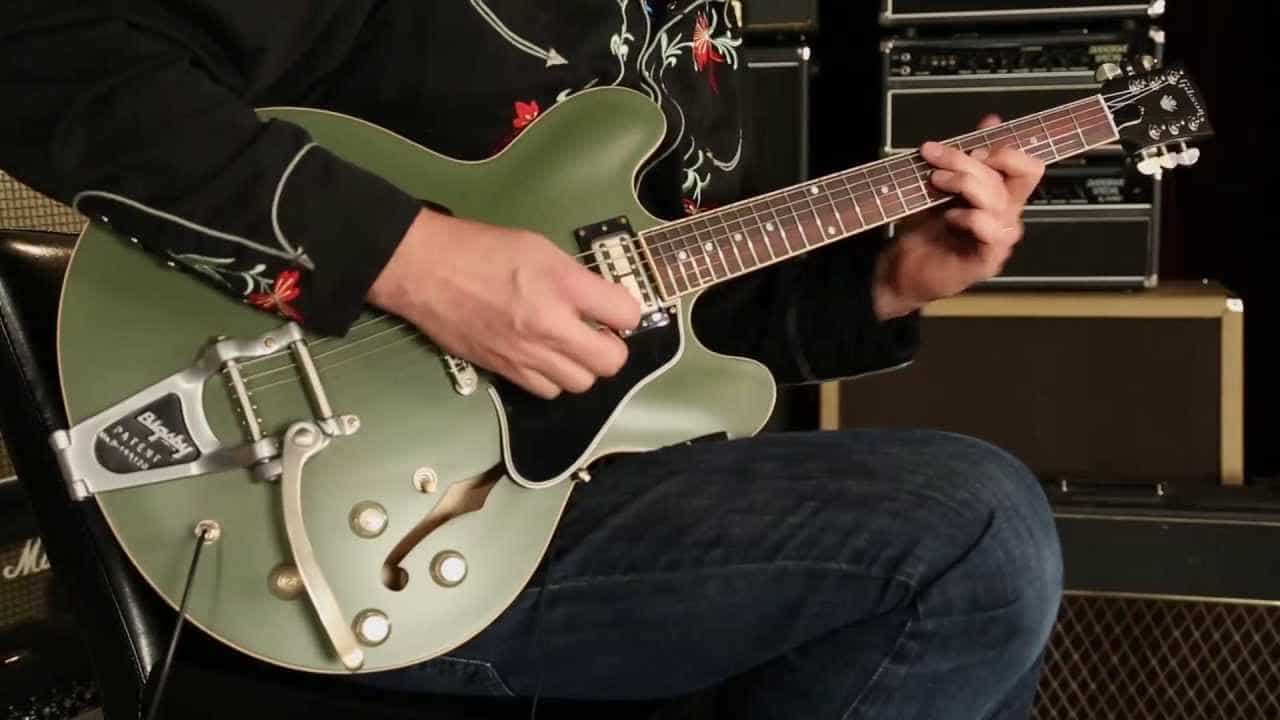