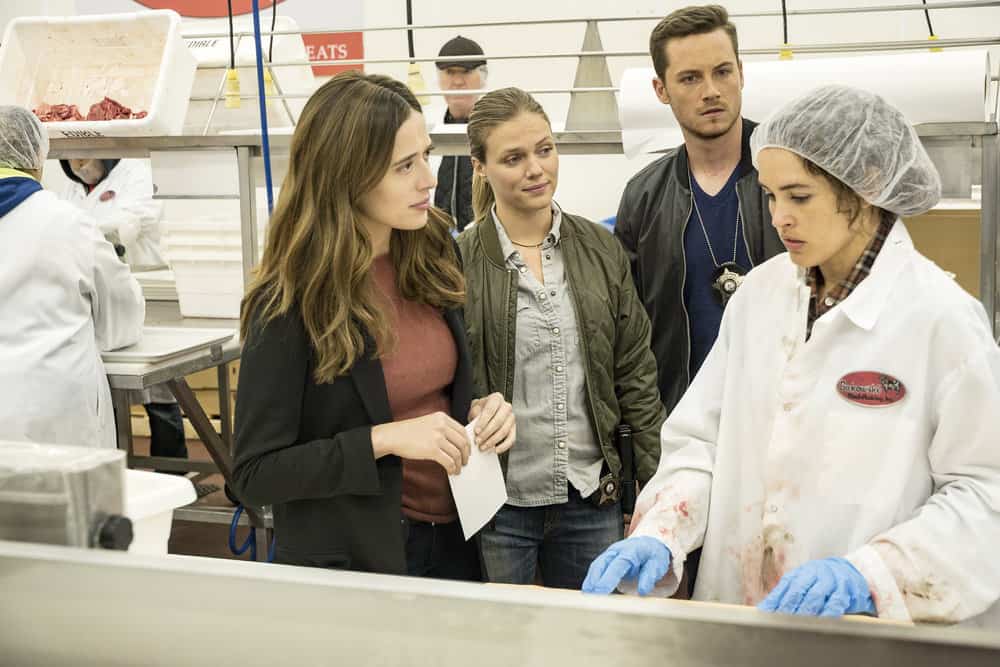 AN INVESTIGATION INTO THE MURDER OF AN ILLEGAL IMMIGRANT IS PLAGUED WITH ROADBLOCKS AS INTELLIGENCE CONTENDS WITH THE PERCEPTION OF THE POLICE AMONG THE CITY’S IMMIGRANT POPULATION. When a young Latina woman is brutally murdered, Intelligence suspects she may have been working as a drug mule. With Antonio (Jon Seda) leading the case, the team’s investigation takes them into the grim world of meat processing, and the discovery that there may be a different motive behind her death. Also starring Jason Beghe, Jesse Lee Soffer, Patrick John Flueger, Elias Koteas, Marina Squerciati, LaRoyce Hawkins, Amy Morton and Tracy Spiridakos. Guest starring Monica Raymund, Chris Agos and Skipp Sudduth.