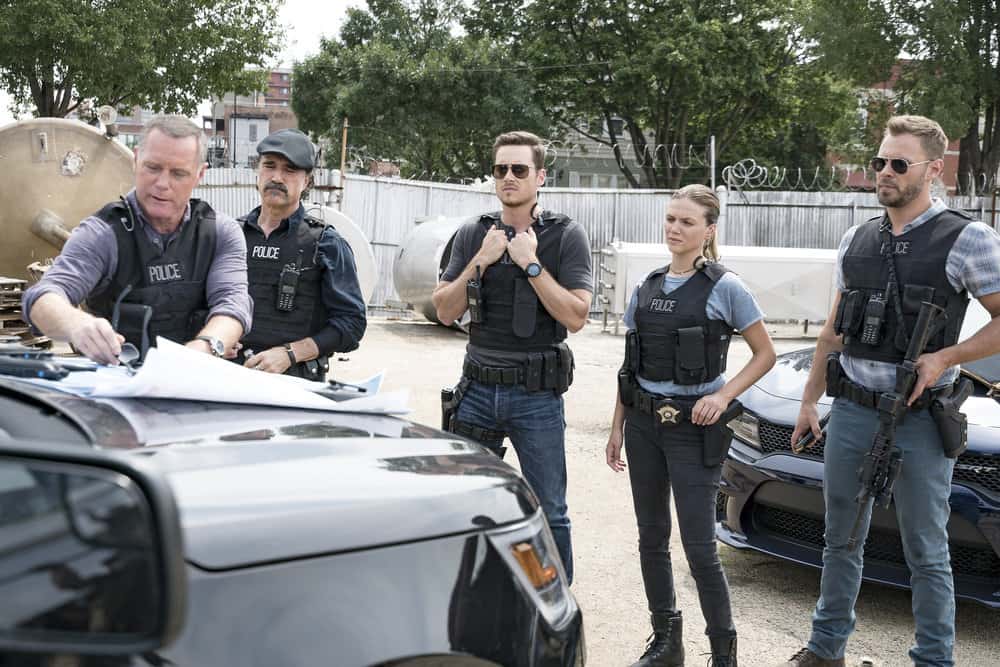 WHEN A YOUNG BYSTANDER IS SHOT DURING A DIFFICULT OPERATION, THE TOP BRASS QUESTION HALSTEAD’S INVOLVEMENT – SEASON 5 PREMIERE. The district is in a state of change – Lindsay has moved to New York- and the CPD is under scrutiny about the corrupt nature of its institution. Under the watchful eye of the city, the team attempts to bust a gun deal that quickly turns dicey when innocent civilians and children get involved. Tension erupts when Chief Lugo (guest star Esai Morales) brings in Denny Woods (guest star Mykelti Williamson) to review the shootout, and Halstead (Jesse Lee Soffer) becomes a key player in the outcome of the case. Also starring Jason Beghe, Jon Seda, Patrick John Flueger, Elias Koteas, Marina Squerciati, LaRoyce Hawkins, Amy Morton and Tracy Spiridakos. Guest starring Nick Gehlfuss and Wendell Pierce.