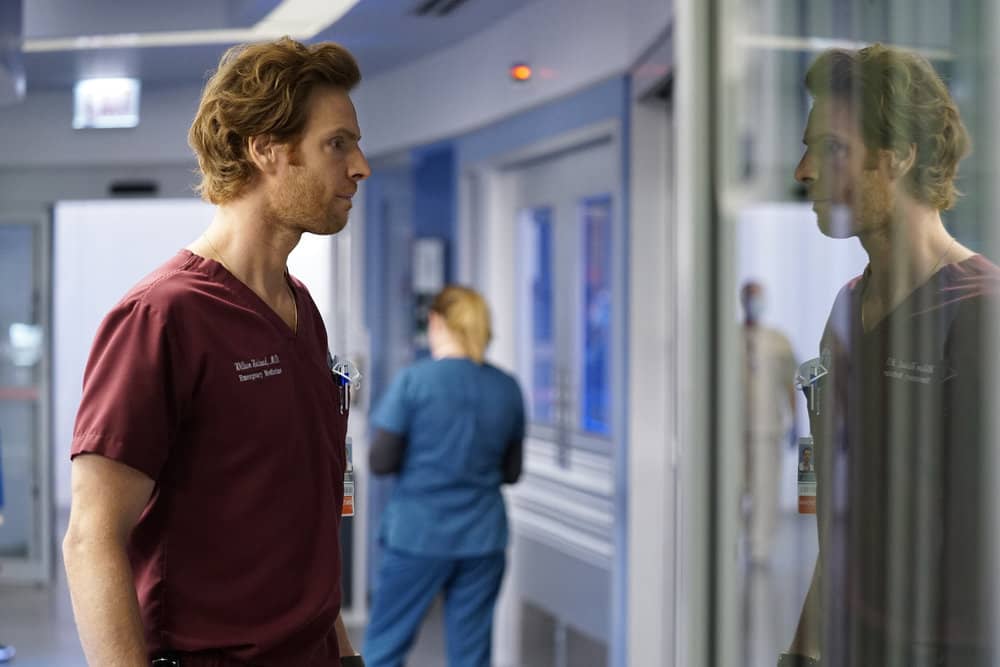 CHICAGO MED Season 6 Episode 1 Photos When Did We Begin To Change – 11/11/2020 (08:00PM – 09:00PM) (Wednesday) : In the season six premiere, the entire staff at Chicago Med adjusts to the new normal of the pandemic. Dr. Choi, Dr. Lanik and April fight on the front lines. Dr. Halstead and Hannah face a troubling reality. Dr. Charles tries to clear the air with his daughter following recent developments.