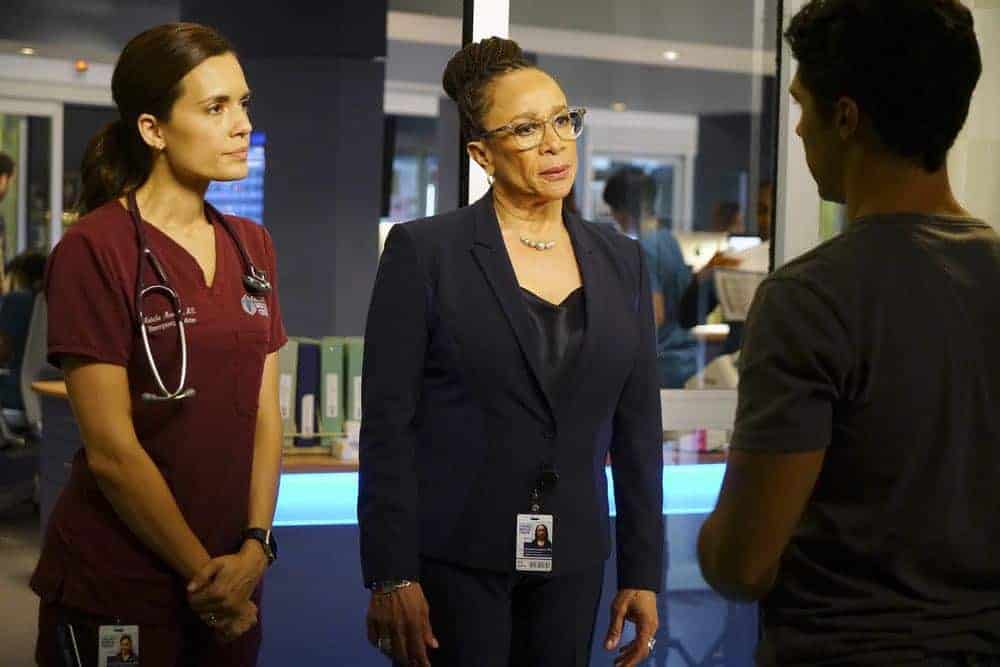 CHICAGO MED Season 4 Episode 4 Photos Backed Against The Wall – Dr. Halstead gets an unplanned visit from the CPD while Ethan is skeptical of a woman who is experiencing chronic pain. Natalie tends to a cancer patient whose brother has strong feelings on why he is refusing to lend his assistance.

Dr. Will Halstead (Nick Gehlfuss) has to balance the stress as the ER’s supervising Attending Physician while exploring a budding romance with Dr. Natalie Manning (Torrey DeVitto), emergency pediatrics resident. Rising star heart surgeon Dr. Connor Rhodes’ (Colin Donnell) skills are put to the test with the arrival of a new, highly competitive Cardiothoracic Fellow, Dr. Ava Bekker (Norma Kuhling). Dr. Daniel Charles (Oliver Platt) recovers from both the physical and psychological injuries from being shot, but still remains the Sherlock Holmes of psychiatry. Dr. Sarah Reese (Rachel DiPillo) continues her psychiatry residency under Dr. Charles, despite new reservations in the wake of her mentor’s assault.