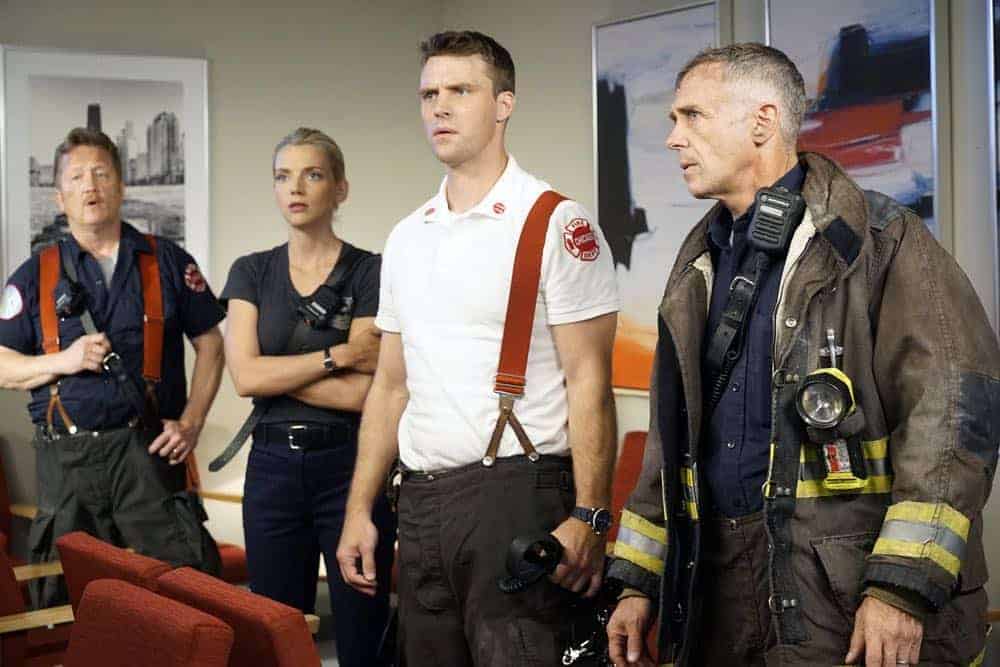 CHICAGO MED Season 4 Episode 2 Photos When To Let Go – In the second part of the three-show, one-night crossover event, the doctors and nurses of Chicago Med find themselves on high alert when an overflow of patients are rushed into the doors following a terrifying apartment complex blaze. Dr. Rhodes fights to save the life of one of “Chicago Fire’s” own, while Dr. Halstead and his brother Jay struggle with their own personal battle.

Dr. Will Halstead (Nick Gehlfuss) has to balance the stress as the ER’s supervising Attending Physician while exploring a budding romance with Dr. Natalie Manning (Torrey DeVitto), emergency pediatrics resident. Rising star heart surgeon Dr. Connor Rhodes’ (Colin Donnell) skills are put to the test with the arrival of a new, highly competitive Cardiothoracic Fellow, Dr. Ava Bekker (Norma Kuhling). Dr. Daniel Charles (Oliver Platt) recovers from both the physical and psychological injuries from being shot, but still remains the Sherlock Holmes of psychiatry. Dr. Sarah Reese (Rachel DiPillo) continues her psychiatry residency under Dr. Charles, despite new reservations in the wake of her mentor’s assault.