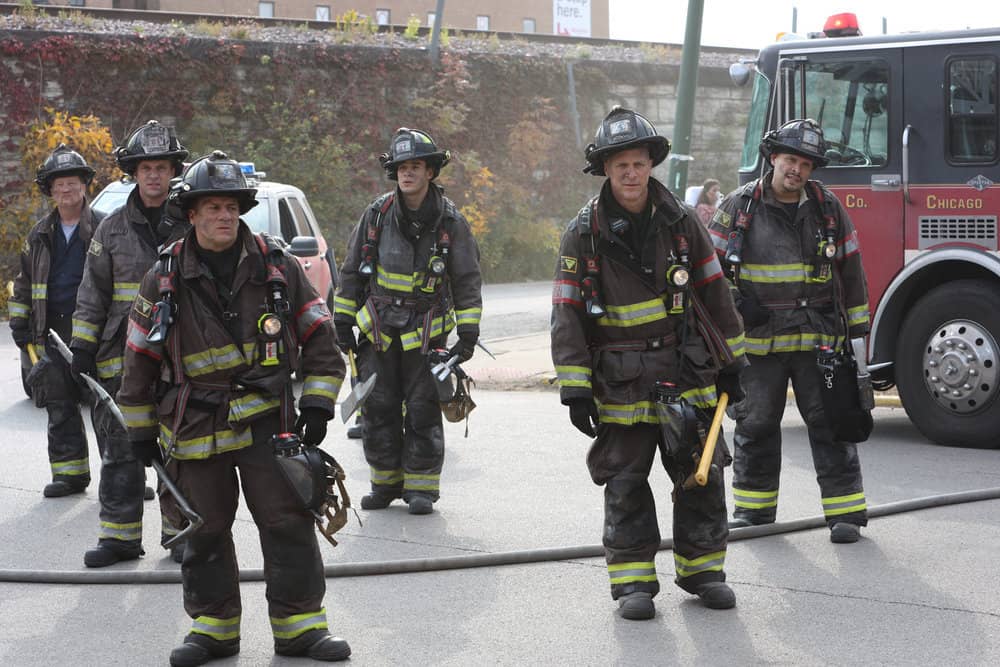 CHICAGO FIRE Season 9 Episode 1 Photos Rattle Second City – 11/11/2020 (09:00PM – 10:00PM) (Wednesday) : In the season 9 premiere, Firehouse 51 welcomes a new member to the team, whose presence could provide some complications. Brett’s leadership shines during a scary call. Boden sees great potential in Kidd and proposes an idea that could have lasting repercussions.

From renowned Emmy Award-winning executive producer Dick Wolf (“Law & Order” brand) and co-creator Derek Haas, the writer behind “3:10 to Yuma,” comes season nine of the high-octane drama “Chicago Fire,” an edge-of-your-seat view look at the lives of everyday heroes committed to one of America’s noblest professions. The firefighters, rescue squad and paramedics of Chicago Firehouse 51 risk their lives week in and week out to save and protect the citizens of their incredible city.