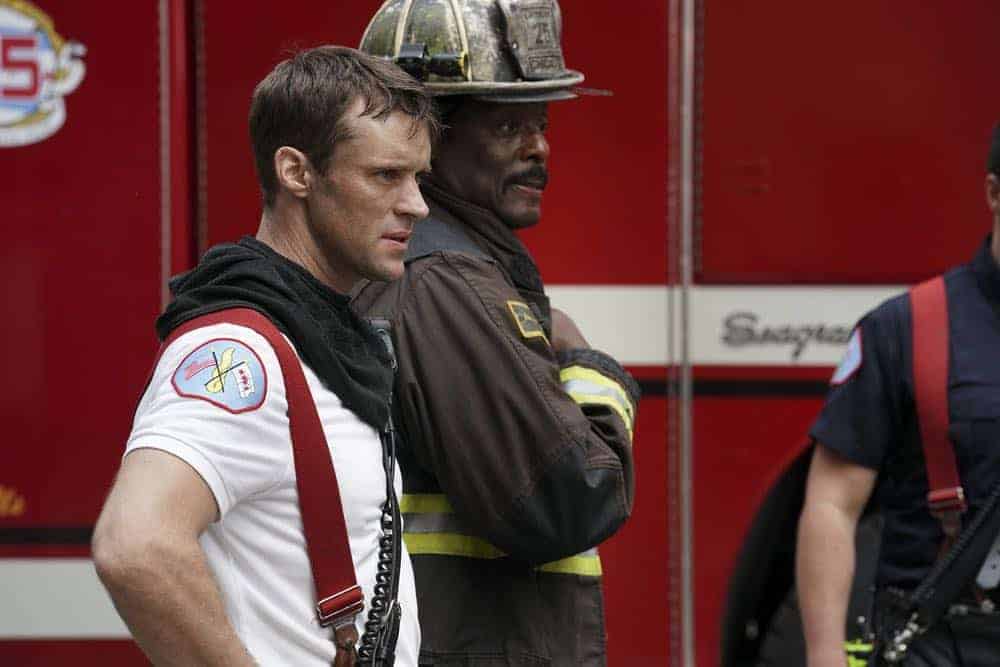 CHICAGO FIRE Season 7 Episode 2 Photos Going To War – In the first part of a three-show, one-night crossover event, Firehouse 51 is faced with a daunting challenge when an out-of-control blaze consumes a 25-story apartment complex, trapping victims on the top floors. Complicating the rapidly escalating situation, members soon discover that someone close to home may be one of the trapped victims.