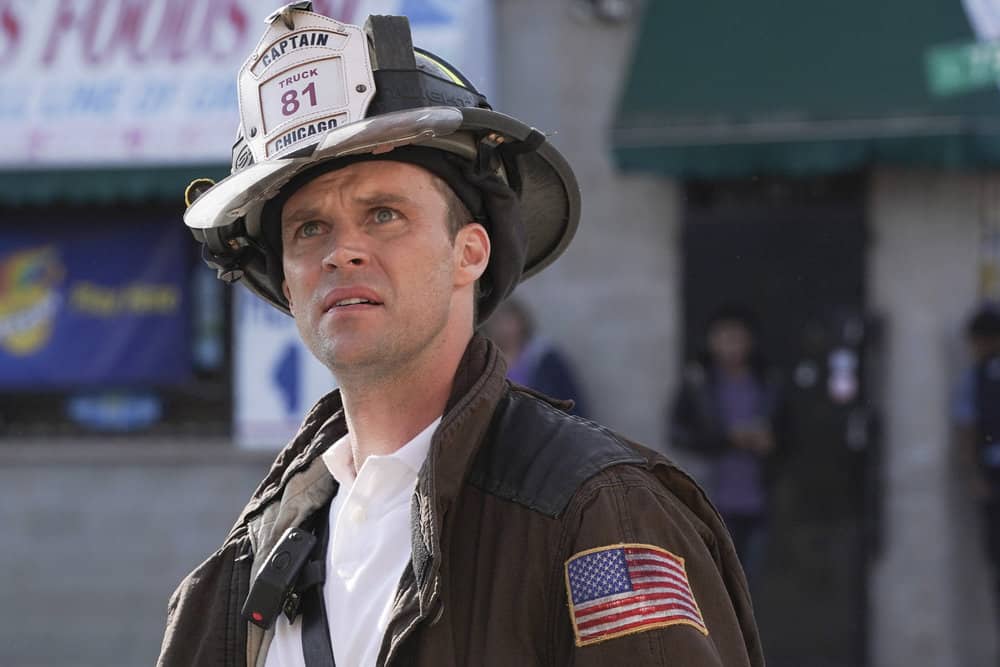 CASEY AND SEVERIDE COLLIDE – Casey (Jesse Spencer) and Severide (Taylor Kinney) find themselves at odds after Casey argues with him over the best way to save a teenager entangled in barbed wire. When Casey looks to Boden (Eamonn Walker) for help smoothing out the situation, he comes to the realization that he will have to fix it himself. Elsewhere, Otis (Yuri Sardarov) tries to convince Casey to participate in the beta test for an expensive piece of new firefighting equipment imported from Japan. Meanwhile, Kidd (Miranda Rae Mayo) and Hope (guest star Eloise Mumford) come to blows over a payroll issue and Brett (Kara Killmer) goes on a date with a doctor she meets during an ambo call. Monica Raymund, David Eigenberg, Joe Minoso and Christian Stolte also star. CHICAGO FIRE Season 6 Episode 5 Photos Devil’s Bargain