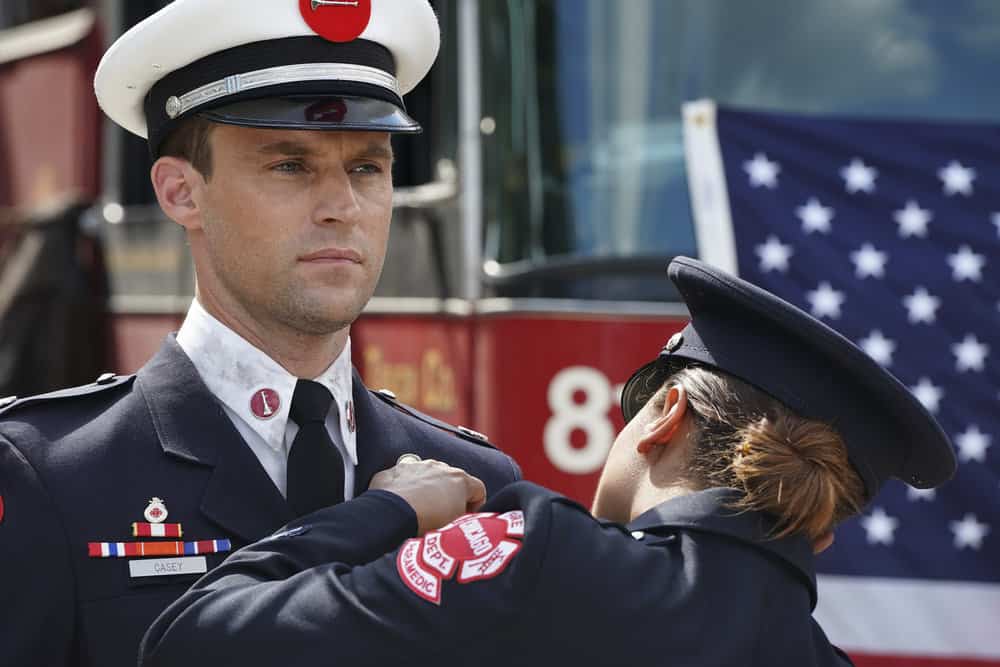 DAWSON FINDS HERSELF TRAPPED IN A COLLAPSED PARKING STRUCTURE WHILE OFF DUTY – While running a secret errand, Dawson (Monica Raymund) finds herself trapped in a collapsed parking structure. With all paths of exit blocked, she is forced to improvise and works double-duty to keep a number of injured individuals alive while trying to maintain peace among those trapped. Meanwhile, pressure is mounting on Casey (Jesse Spencer) as he begins to take on additional duties, Kidd (Miranda Rae Mayo) grows increasingly skeptical of Hope (guest star Eloise Mumford) after learning about rumors circulating and the firehouse receives a surprise visitor. Taylor Kinney, Eamonn Walker, Kara Killmer, David Eigenberg, Yuri Sardarov, Joe Minoso and Christian Stolte also star. CHICAGO FIRE Season 6 Episode 4 Photos A Breaking Point