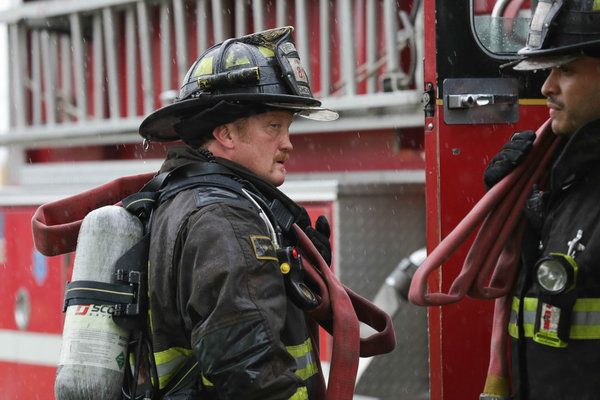 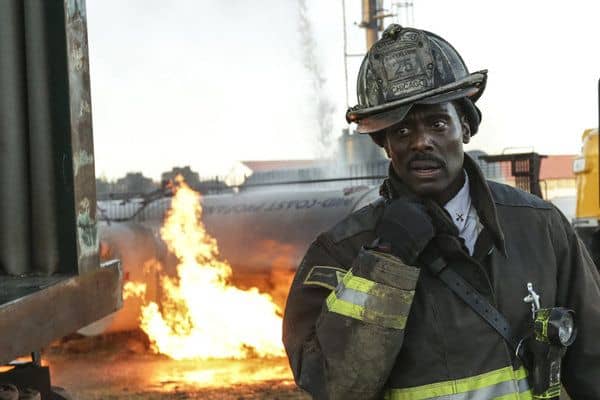 CHICAGO FIRE Season 2 Episode 7 No Regrets Photos : THE FIREHOUSE IS TESTED TO THE LIMITS WHEN CALLED TO THE SCENE OF AN EPIC RAILROAD ACCIDENT AND BODEN PONDERS HIS FUTURE – When a tanker collides into a commuter train that subsequently crashes into a warehouse, the firehouse is called to the horrific scene that tests everyone to the limits as life and death hangs in the balance. With the ultimatum in place for him or the firehouse, Boden (Eamonn Walker) is tasked with making life-changing decisions regarding his future. Severide (Taylor Kinney) learns more about Katie (guest star Brittany Curran), the young woman he saw with his father (guest star Treat Williams). Meanwhile, Shay (Lauren German) and Dawson (Monica Raymund) are still at odds and Casey’s (Jesse Spencer) responsibility of being a surrogate father takes a sharp turn. Charlie Barnett, David Eigenberg, Yuri Sardarov, Joe Minoso and Christian Stolte also star. Michelle Forbes, LaRoyce Hawkins and Dylan Baker also guest star.