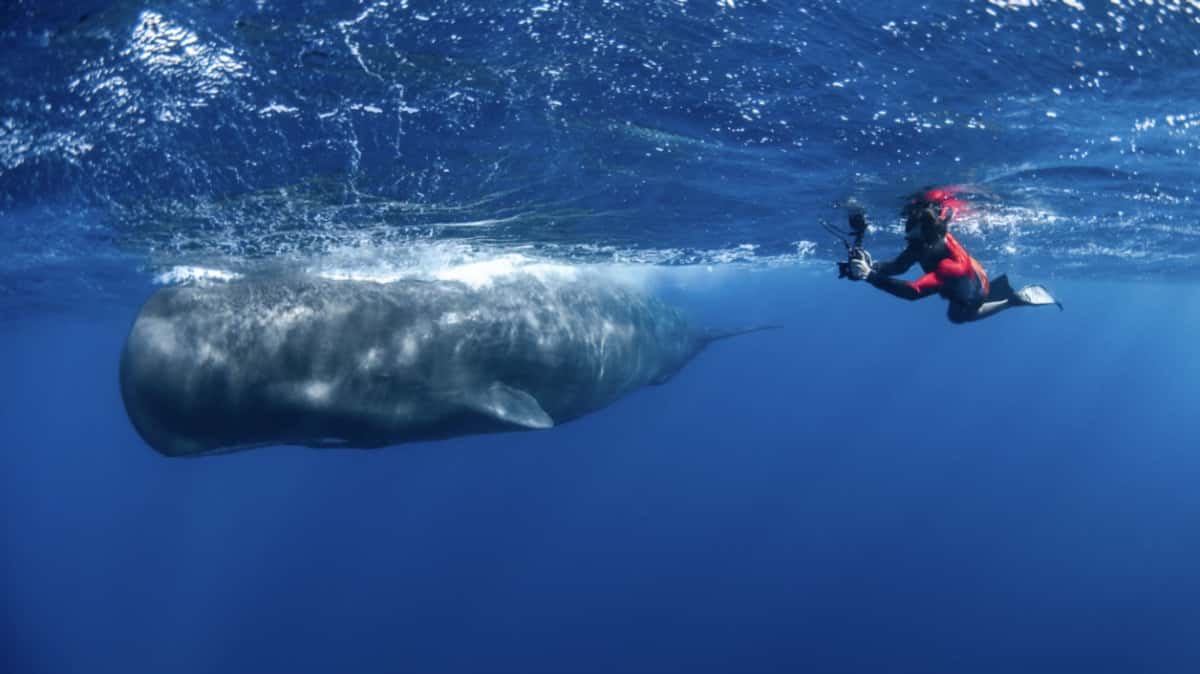 What immense creatures inhabit in the vast depths of the ocean and how do we learn more about them? Ocean explorer, adventurer and filmmaker, Patrick Dykstra, has made it his mission to uncover new scientific discoveries about some of the world’s most enigmatic creatures. In an eight-episode series, discovery+ audiences will swim along with Patrick on the adventure of a lifetime as he travels through some of the most hostile environments on Earth in pursuit of close encounters with the largest and most elusive ocean giants on the planet with breathtaking rewards; displays of animal behavior the world has never seen before. Stream all eight episodes of CHASING OCEAN GIANTS exclusively on  discovery+ the definitive non-fiction, real-life subscription streaming service, on Thursday, Apr. 29 as a part of Discovery’s month-long celebration of the Earth and all of the wildlife that call it home. From the top of the world to the deepest points in the oceans, Discovery continues to highlight what makes our planet so special during ‘Earth Month’ and how we all can help preserve our natural world and the wildlife that depends on it to survive.

In each episode of CHASING OCEAN GIANTS, Patrick combines his unique skill set with his love of the marine world and cutting-edge ocean exploration technology to seek new and unrecorded ocean phenomena. Viewers will encounter natural history filmmaking at its finest – from Arctic Bowheads going head-to-head with killer whales in Russia, to night singing humpbacks in Colombia. Each episode is a new quest for Patrick to free dive and swim as close as humanly possible to these giants to uncover their mysteries beneath the surface.

In the premiere episode, Patrick travels to the Caribbean island of Dominica to examine the behavior of sperm whales. Along with Dr. Shane Gero, one of the world’s leading authorities on Sperm whales, Patrick uses innovative technology to capture extraordinary footage of a sperm whale hunting squid at depths of over 2000 feet. It’s an experience not to be missed!

In addition to watching the program on discovery+, viewers can keep up with the latest news on social media by using the hashtag #ChasingOceanGiants and follow Discovery Channel on Facebook, Twitter, Instagram, and TikTok.