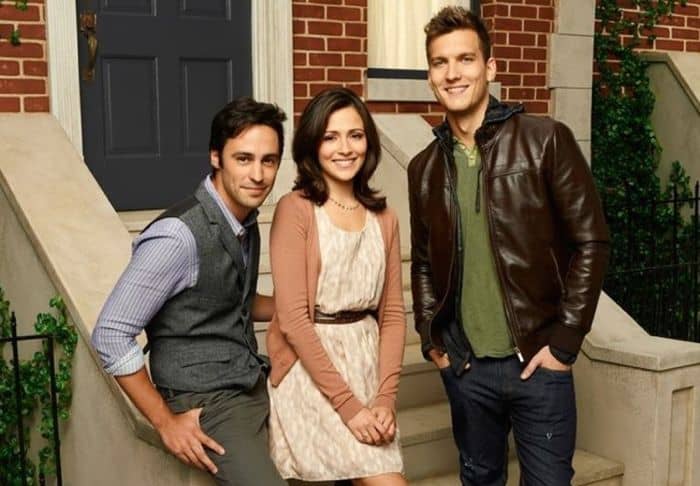 My first impression is that CHASING LIFE is a step up from most of ABC Family’s fare. It does not center on a bunch of teenagers, as the network has sort of become the adolescent version of Lifetime. Its characters are better developed and played by actors who aren’t totally cheesy. It’s soapy, to be sure, but leans more ABC-esque than daytime level.

But upon further examination, the writing still suffers many of the same foibles that CHASING LIFE’s peers fall victim to. Too many bad things happen in quick succession to April, threatening to tear down her cheery disposition. Developments happen too quickly in ways that don’t make sense. Short cuts are frequently taken, possibly for pacing’s sake, but it makes the story feel unrealistic.

Take, for instance, the delivery of April’s cancer diagnosis. Her estranged uncle (Steven Weber, Dallas, Wings) secretly does blood work on her after April faints, which could be chalked up to the actions of a concerned relative. But then he’s worried she’s in eminent danger, and starts stalking her when he can’t get a hold of her for half a day. He hasn’t had the chance to run any tests yet, so how does he know how serious it is and how dire April’s circumstances are? April’s nose blood does confirm her uncle’s suspicions, but it seems far too convenient when it happens.

Also stale is the way April’s love interest, Dominic (Richard Brancatisano, Reef Doctors), is handled. They have one date and they’re smitten. Then she blows him off because she has other things on her mind (i.e. cancer), and he gets sulky. An overheard conversation between April and her uncle gets Dominic suspicious that she’s untrue (again, after only one date, so he has no right to expect exclusivity), but the whole thing is sorted out after April confronts him. It’s neat and false, not at all an authentic relationship beginning.

The Dominic subplot is completely unnecessary. Why does April need a guy in her life at this juncture? Doesn’t she have enough going on? What are the chances that her love life begins right at the time her career is taking off and illness strikes? It’s all just so obviously scripted, lacking in authenticity and originality altogether, which rips the viewer out of the fictional world.

Add to this the Big Twist at the end of the “Pilot,” which I won’t reveal in case you haven’t watched yet, and CHASING LIFE is little better than Pretty Little Liars and its ilk. While the characters may appear to be mature, sort of, the storytelling is not, relying on cheap tricks and cliché crutches to move along. Instead of creating something new, CHASING LIFE follows a pale version of a tried and true formula, which is not a good thing during the current golden age of television, surely to be lost amid the plethora of series that are way better.

I did enjoy CHASING LIFE, despite the glaring plot holes and logic jumps, but it’s nothing more than fluff entertainment, failing to be anything that makes you think. It may tug one’s heartstrings, but in a very much planned, manipulative way. One day ABC Family may make a series worth watching again, which it really hasn’t had since the cancellation of Kyle XY, but today is not that day.