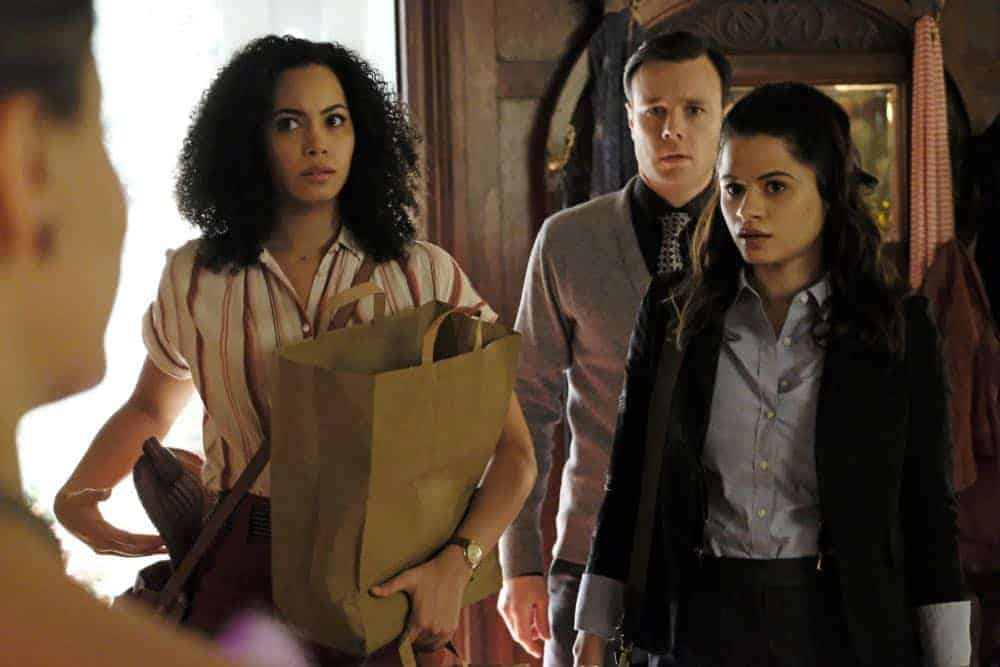 CHARMED Season 1 Episode 3 Photos Sweet Tooth – “Sweet Tooth” – HALLOWEEN PARTY TIME — With the instruction of Harry (Rupert Evans), the sisters are put through witch lessons, so they are able to properly practice their magic. However, when Macy (Madeleine Mantock) learns of a mysterious death in her lab from Galvin (Ser’Darius Blain), she informs her sisters and together, they devise a plan to suss out the demon. Trying to speed the plan along, Mel (Melonie Diaz) uses her magic irresponsibly leaving Harry no choice but to constrain her, which creates tension between them. Meanwhile, Maggie (Sarah Jeffery) continues to struggle at balancing her two worlds – her sorority one and her witch one – especially after she volunteers to throw a Halloween party at her house. Ellen Tamaki and Nick Hargrove also star. Norman Buckley directed the episode written by Joey Falco (#103). Original airdate 10/28/2018

Netflix To Produce CG Animated Musical Based On Wyclef Jean