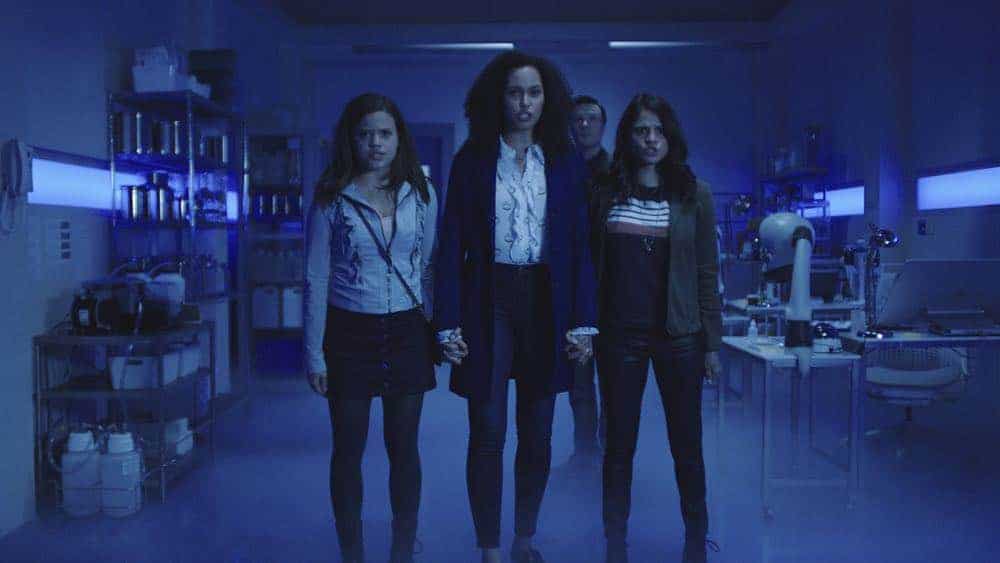 CHARMED Season 1 Episode 1 Photos Pilot – “Pilot” SERIES PREMIERE — After the tragic death of Mel (Melonie Diaz) and Maggie’s (Sarah Jeffery) mother, the sisters struggle with moving forward but face another huge shock when they learn they have an older sister, Macy (Madeleine Mantock). With the emotions of all three sisters running high, each of the girls suddenly exhibit impossible new abilities: Mel can freeze time, Maggie starts hearing others’ thoughts and Macy has telekinetic powers. While trying to understand their new powers, Harry Greenwood (Rupert Evans), gathers the sisters and reveals they’re actually powerful witches, as was their mother. He also lets them in on a little secret, he’s not really a professor, he’s their “Whitelighter,” a witch’s advisor and guide. The sisters must make the decision to accept their new destiny as The Charmed Ones…and their new duty to protect humankind from the demons that walk among us…one of whom killed their mother. Ellen Tamaki and Ser’Darius Blain also star. Brad Siberling directed the episode written by Jessica O’Toole & Amy Rardin (#101). Original airdate 10/14/2018