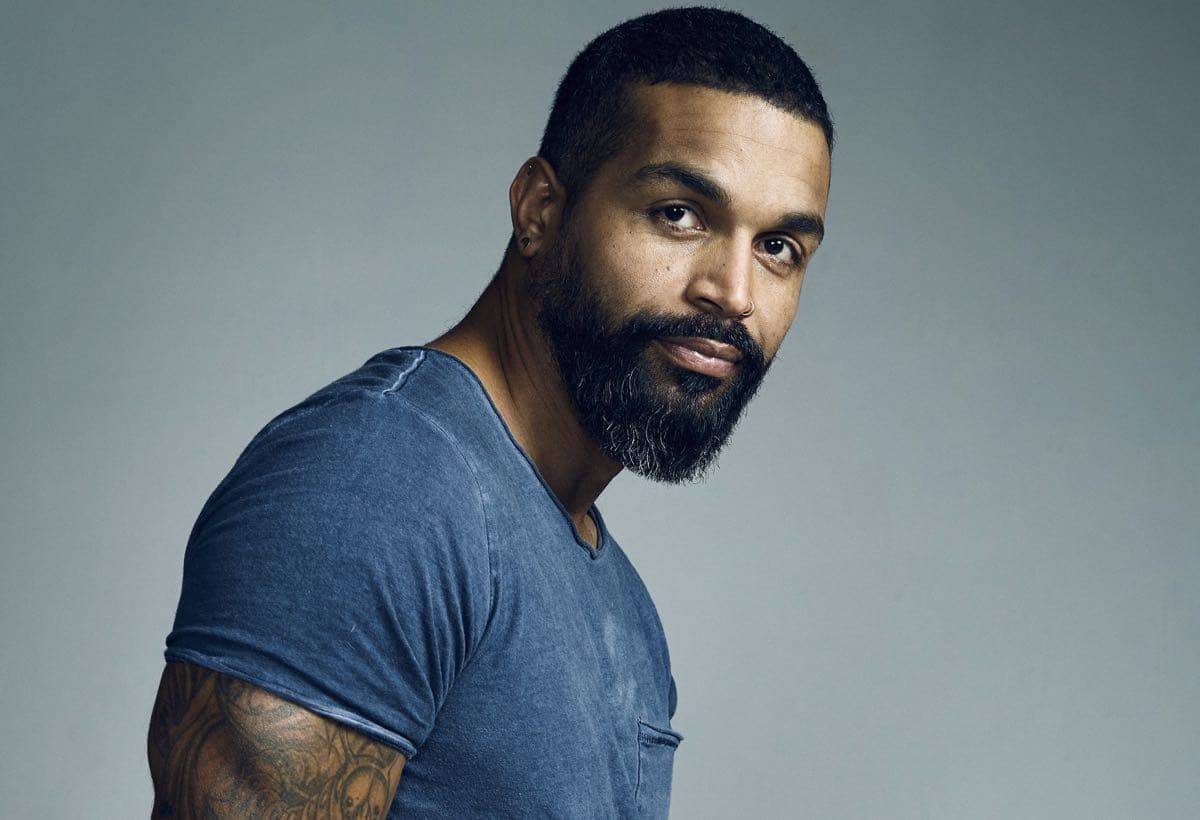 Bringing the heat on both the small screen and the silver screen, Celestino Cornielle is mesmerizing to watch as you never know exactly what to expect from his characters. That unpredictably has made him a versatile actor that can seamlessly slip into any role.  In an exclusive interview, Celestino previews his role in the latest “Fast & Furious” film “The Fate Of The Furious,” as well as his recent television appearances in USA Network’s SHOOTER and TNT’s MAJOR CRIMES.

What initially appealed to you about the role of Raldo and working on the film “The Fate Of The Furious”?
CELESTINO:  I’ve been a fan of the franchise from the beginning.  When the Rock joined the franchise it took it to another level for me, therefore I was ecstatic when I got the news.

How would you describe who your character Raldo is?
CELESTINO:  Raldo immigrated from the east side (the country side) of Cuba to the west where “Havana,” the big city with big opportunities, lies and he made a name for himself.  The street knows him as Raldo “El Sabroso” (the “tasty” one), because he literally gets a taste of all of the action in Havana.

What did you most admire and/or like about him?
CELESTINO:  He abides by his own moral code, one that is tough (like the world he lives in) but fair.

How would you describe the part Raldo has to play in the film?
CELESTINO:  The movie’s underlying tone is set by an altercation Raldo & Dominic Toretto (Vin Diesel) get into.

And how does he connect with the other characters the show?
CELESTINO:  The movie has a very surprising twist (family no-more), and Raldo plays in to it.

What is it like working with Dwayne Johnson, Charlize Theron and the rest of the amazing cast? Did you have any favorite scenes working with them?
CELESTINO:  Most of my scenes are with Vin… my favorite without spoiling the movie takes place in the world famous Cuban Malecon.

What has been your favorite part about working on this project?
CELESTINO:  I’ve been a fan of Vin since “Pitch Black.”  I love him and identify with characters he has portrayed… working and hanging with him was definitely a highlight for me.

Did any of your scenes make you feel nervous? If so, how did you overcome that?
CELESTINO:  All of my scenes revved me up… I over came it by playing my bongos up to the moment they yelled, “rolling!” Lol

You also appeared in the USA Network series SHOOTER.  What was that experience like for you?  What was your favorite part of working on it?
CELESTINO: I enjoyed the movie, therefore to be cast in the project was exciting.  My favorite part is that I didn’t die! Lol  …My character might return in a future episode!

And you also just guest-starring on TNT’s MAJOR CRIMES this season.  Can you share anything about your role in these episodes of MAJOR CRIMES?
CELESTINO:  I play Cristian Ortiz, a former Marine who, after an eleven year wrongful prison sentence, declares war against the city of L.A and the people he feels are responsible.  One of the highlights for me was Mayor Garcetti stopping by set to say “Hi”.  Super nice guy, I enjoyed him.

What did you enjoy the most from that role and working with the MAJOR CRIMES cast?
CELESTINO:  Cristian is a torn man with many things eating at him… I enjoyed this because it allowed me to add lots of color to the role.

At this stage of your career, what do you think you have learned from the amazing variety of roles and projects you have worked on?
CELESTINO:  Many lives many masters, don’t judge the material just dive in and let it take you where it may.

Then what are the perks of where you are in your career right now?
CELESTINO:  Bigger trailer! Lol …and the occasional offer from projects that I haven’t even auditioned for.

Has there been any great advice you have gotten?  What advice would you offer to other upcoming and aspiring actors?
CELESTINO:  1. Tenacity- Never Give UP!  2. And never allow your creativity to pass through anyone else’s moral compass.

Do you have any other upcoming projects that you can share that fans should keep an eye out for?  CELESTINO:  Flying to Hawaii this week to play with the boys and girls of HAWAII FIVE-O.  My episode airs shortly after “The Fate of The Furious,” fans are gonna enjoy it!

To see more of Celestino as he burns up the screen, be sure to check out “The Fate Of The Furious” when it premieres on April 14th and for his upcoming arc in TNT’s MAJOR CRIMES airing now on Wednesday nights at 9:00 p.m. on TNT.