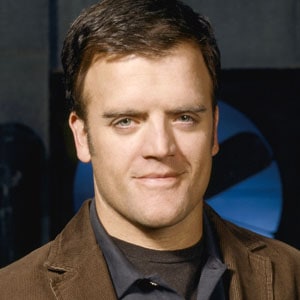 Four-time Emmy® nominee CCH Pounder (The Shield) and Kevin Weisman (Alias) are set to be a guest-star this summer on TNT‘s hit drama series Perception. The series, which stars Emmy and Screen Actors Guild Award® winner Eric McCormack, returns for its second season in June.

In Perception, Pounder will play, Dr. Sabina Callen the therapist assigned to work with Moretti after she is involved in a shooting. Callen is called in as standard procedure and helps Moretti come to some deep conclusions despite Moretti’s objection to needing therapy.

Pounder has earned Emmy nominations for her work in The Shield, ER, The X-Files and The No. 1 Ladies’ Detective Agency. Her feature film credits include blockbusters like Avatar and Face/Off, as well as the indie sleeper hit Bagdad Cafe.

Weisman will play Todd Erlich in Perception. The character is an AUSA official from the New York office sent to handle the investigation into a shooting that involved Moretti. However, due to political parties involved in the case, Moretti’s ex-husband and new boss Donnie (guest star Scott Wolf) worries that she might not be given a fair examination.

In addition to Alias, Weisman has appeared in such series as Fringe, Awake, The Glades and CSI: Crime Scene Investigation. On the big screen, he has had roles in Gone in 60 Seconds and Flipped. Weisman is represented by APA.