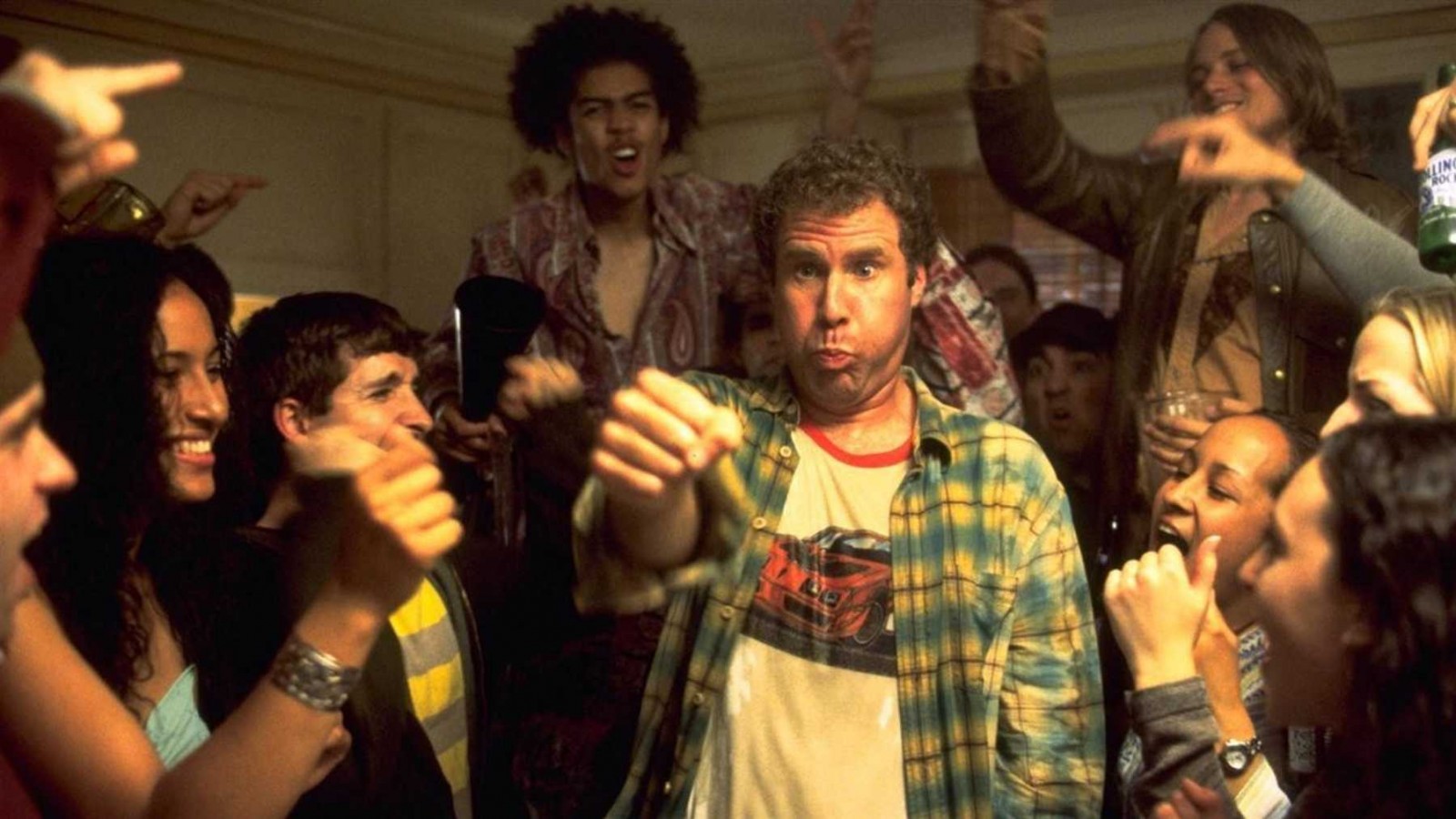 CBS today announced the return of the CBS SUNDAY NIGHT MOVIES on Oct. 4, with six fan-favorite films from the Paramount Pictures library, including three “back to school”-themed comedies, FERRIS BUELLER’S DAY OFF, OLD SCHOOL and CLUELESS; a thriller just in time for Halloween, SCREAM; an out-of-this-world action adventure, STAR TREK BEYOND; and a comedy to enjoy during Thanksgiving weekend, COMING TO AMERICA. The first five movies will air on consecutive Sundays through Nov. 1; COMING TO AMERICA will be broadcast Nov. 29.

The CBS SUNDAY NIGHT MOVIES franchise returned earlier this year with six classic Paramount Pictures Films (airing from May 3 through June 7). It was last featured on the Network schedule in 2006.

Sunday episodes of BIG BROTHER featuring the nomination ceremony will move to Mondays (8:00-9:00 PM, ET/PT) as of Oct. 5.

Three men relive their carefree college years in this over-the-top comedy. After Mitch (Luke Wilson) returns home from a business trip one evening to discover his wife, Heidi (Juliette Lewis), involved in a ménage à trois, he decides to rent a house near the campus of a nearby college. Two of Mitch’s old college buddies, Beanie (Vince Vaughn) and Frank (Will Ferrell), soon become regular guests at Mitch’s place, despite the fact that Frank only recently wed Marissa (Perrey Reeves), while Beanie and his wife, Lara (Leah Remini), are busy with two kids. Beanie decides to throw a housewarming party for Mitch, who soon finds he’s the not-entirely-willing proprietor of the school’s leading party spot, which raises the ire of Pritchard (Jeremy Piven), a dean at the college who was the target of Mitch, Frank and Beanie’s abuse when they were all students. Pritchard arranges to have Mitch’s neighborhood zoned into a student housing district, but Beanie and Frank respond by forming a fraternity and making Mitch’s home their headquarters. Mitch, however, is not enthusiastic about the idea, especially as he’s trying to impress Nicole (Ellen Pompeo), a beautiful divorcee who is less than enchanted with Frank and Beanie’s “party hearty” lifestyle.

Jane Austen might never have imagined that her 1816 novel Emma could be turned into a fresh and satirical look at ultra-rich teenagers in a Beverly Hills high school. Cher (Alicia Silverstone) and Dionne (Stacey Dash), both named after “great singers of the past that now do infomercials,” are pampered upper-class girls who care less about getting good grades than wearing the right clothes and being as popular as possible. But Cher, who lives with her tough yet warm-hearted lawyer dad (Dan Hedaya) and hunky, sensitive stepbrother (Paul Rudd), also has an innate urge to help those less fortunate, like the two introverted teachers she brings together (“negotiating” herself improved grades in the process) and new friend Tai (Brittany Murphy), who starts out a geek and ends up a Cher prodigy. Cher also possesses her own sensitive side, and she is looking for the perfect boyfriend, whom she ends up finding where she least expected.

In this beloved John Hughes film, high-schooler Ferris Bueller (Mathew Broderick), his girlfriend Sloane (Mia Sara), and his best bud Cameron (Alan Ruck) are off on the spontaneous romp through Chicago known as “Ferris Bueller’s Day Off.” So, forge a “sick note” from the parents, and tag along on the funniest adventure to ever sweep through the Windy City. What are you still doing here? Save Ferris!

A year after the murder of her mother, a teenage girl (Neve Campbell) is terrorized by a new killer, who targets the girl and her friends by using horror films as part of a deadly game. The thriller, written by Kevin Williamson and directed by Wes Craven, also stars David Arquette, Courteney Cox, Matthew Lillard, Rose McGowan, Skeet Ulrich and Drew Barrymore.

From director Justin Lin and producer J.J. Abrams comes one of the best-reviewed action movies of 2016. Dispatched on a rescue mission to the farthest reaches of space, the USS Enterprise is ambushed by Krall (Idris Elba), a ruthless enemy sworn against the Federation. Crash-landing on an uncharted hostile world, Captain Kirk (Chris Pine), Spock (Zachary Quinto), Lieutenant Uhura (Zoe Saldana), Dr. “Bones” McCoy (Karl Urban), Scotty (Simon Pegg), Sulu (John Cho) and Chekov (Anton Yelchin) are separated with no means of escape. Only Jaylah (Sofia Boutella), a rebellious alien warrior, can help them reunite and find a way off the planet in a race against time to stop Krall’s deadly army from triggering all-out galactic war.

Eddie Murphy stars as pampered African prince Akeem, who rebels against an arranged marriage and heads to America to find a new bride. Murphy’s regal father (James Earl Jones) agrees to allow the prince 40 days to roam the U.S., sending the prince’s faithful retainer Semmi (Arsenio Hall) along to make sure nothing untoward happens. To avoid fortune hunters, Prince Akeem conceals his true identity and gets a “Joe job” at a fast-food restaurant. John Amos, Madge Sinclair and Shari Headley also star. Murphy and Hall play multiple roles, and there are innumerable celebrity cameos peppered throughout the film.