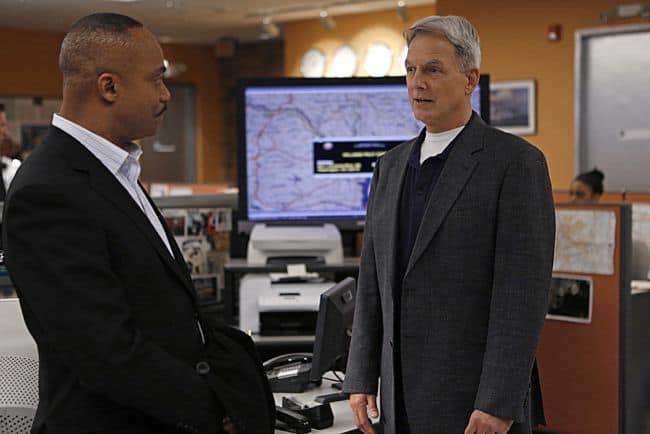 CBS announced today a new contract extension for NCIS star and executive producer Mark Harmon, and that the U.S. and global ratings phenomenon NCIS has been renewed for the 2013-2014 season.

“In a world gone niche, NCIS keeps getting bigger, and Mark Harmon continues to define the role of leading man on the #1 show on television,” said Leslie Moonves, President and Chief Executive Officer, CBS Corporation. “NCIS is the type of franchise every company wants in today’s global content ecosystem – high-quality storytelling that generates passionate viewers and drives revenue on every conceivable platform.”

Currently in its 10th season, NCIS continues to hit ratings milestones. This season, for the first time ever, it ranks as television’s #1 program (ahead of Sunday Night Football). NCIS is averaging 21.48 million viewers, up +7% over last year and is the highest-rated drama among adults 25-54 (5.9/15), while averaging 4.2/12 in adults 18-49. The series delivered its second-largest live plus same day audience on Jan. 15, averaging 22.86 million viewers. That total soared to 25.36 million viewers with L+3 day lift, marking the first NCIS broadcast to deliver more than 25 million viewers with live plus 3-day lift or live plus 7-day lift.

In domestic syndication, NCIS is broadcast on USA Network and ranks as cable’s #1 off-network drama.

NCIS premiered on CBS in 2003-2004. Since its debut, NCIS’s ratings have steadily climbed, finishing 2008-2009 ranked fifth among all primetime programs. During the 2009-2010 season it became the #1 drama/scripted program on television, and has remained the #1 drama ever since.

Mark Harmon is represented by Paradigm and attorney Barry Axelrod.