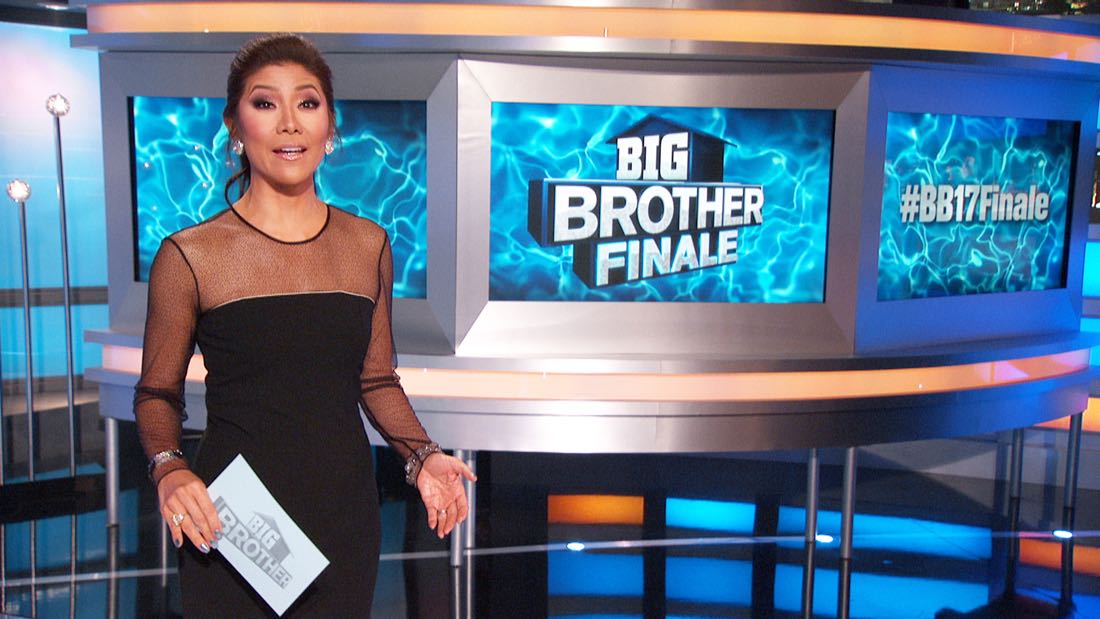 CBS has renewed the summer reality hit BIG BROTHER for its 19th and milestone 20th seasons for broadcast in summer 2017 and 2018. The series is hosted by Julie Chen.

Since it premiered on CBS in the summer of 2000, BIG BROTHER has consistently finished among the summer’s top-rated series in young demographics. Summer-to-date, all three weekly broadcasts rank among the top five programs in A18-34, and the top 10 programs in A18-49 and A25-54.

In addition, since its premiere to date, this summer’s BIG BROTHER is the most social series on TV, according to Nielsen Social, and total streams across digital platforms are up 33% over last year.

BIG BROTHER follows a group of people living together in a house outfitted with 87 HD cameras – seven more than last year – and more than 100 microphones, recording their every move 24 hours a day. Each week someone will be voted out of the house, with the last remaining Houseguest receiving the grand prize of $500,000. BIG BROTHER is produced by Emmy Award-winning producer Allison Grodner and Rich Meehan for Fly on the Wall Entertainment, in association with Endemol Shine North America.