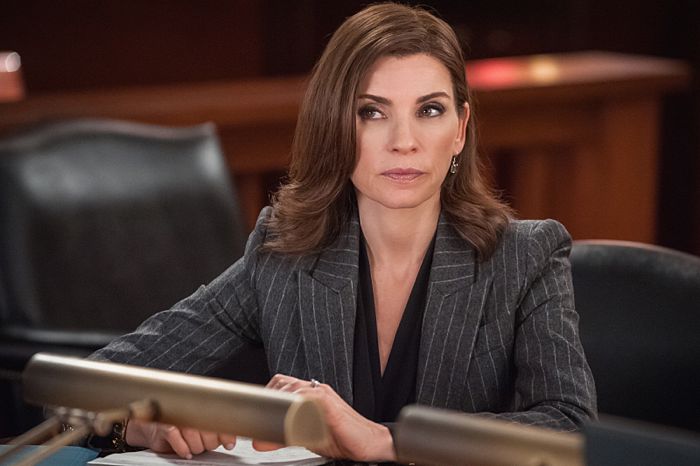 CBS today announced the series finale of THE GOOD WIFE in dramatic fashion with a special promotional spot broadcast during Super Bowl 50 touting the show’s final nine episodes. The series finale of broadcast television’s most acclaimed drama will air Sunday, May 8 (9:00-10:00 PM, ET/PT).

“It’s never easy to say goodbye to one of the crown jewels of your network and studio, much less to a show that is among the best on television,” said Glenn Geller, President, CBS Entertainment and David Stapf, President, CBS Television Studios. “But it also feels very right to end with the seven-year story its creators envisioned, and to celebrate the show’s final run while at the top of its creative game. It has been CBS’s sincere privilege to broadcast and produce THE GOOD WIFE for seven extraordinary seasons. We thank and applaud the outstanding cast, led by the impeccable Julianna Margulies, and the consummate writing and producing team, headed by the brilliant Robert and Michelle King, who brought to life a smart, sophisticated series that has delivered audiences so many memorable characters and unforgettable moments. It is a series that will only grow in prestige as its episodes are watched again or discovered by new viewers for many years to come.”

“THE GOOD WIFE has been the creative experience of a lifetime,” said executive producers and co-creators Robert and Michelle King. “Collaborating with the finest actors, writers, producers, staff and crew on ‘The Education of Alicia Florrick’ has been a dream. We can’t imagine working with a more talented, professional, generous lead than Julianna Margulies or more supportive partners than Leslie Moonves, David Stapf, Glenn Geller and Nina Tassler at CBS and CBS Television Studios. We’re looking forward to using this seventh season to bring Alicia’s story to its natural conclusion. We couldn’t be more excited and grateful.”

“Being a part of THE GOOD WIFE has been one of the most rewarding experiences of my career,” said series star Julianna Margulies. “As an actress and a producer, it has been an absolute honor to be a part of a series that, throughout seven years, never settled on being just good… but always strived to be extraordinary. I have witnessed magic happen when Robert and Michelle King put pen to paper, and it has been a privilege to be in the company of their brilliance. To the most amazing and talented cast and crew, there will always be a special place in my heart for our ‘Good Wife’ family. As we close the book on our beloved show, I am humbled and grateful to know that together, we created and were a part of something truly remarkable.”

Since THE GOOD WIFE debuted Sunday, Sept. 22, 2009, it has been one of the most acclaimed shows on television. It has been named AFI’s Television Show of the year twice, won a Peabody Award, a Television Critics Award for Outstanding Achievement in Drama, a Writers Guild of America Award for Episodic Drama, garnered two Emmy Award nominations for Outstanding Drama Series, and three Golden Globe Award nominations for Best Television Series – Drama. Series star Julianna Margulies has won a Golden Globe Award, two Emmy Awards, a Critic’s Choice Award and two Screen Actors Guild Awards for her portrayal of Alicia Florrick. Across all categories, the series has won five Emmy Awards and received 39 Emmy Award nominations.

Currently, THE GOOD WIFE is averaging nearly 11 million viewers, and has exceeded the 10 million-viewer mark in each of its seven seasons.