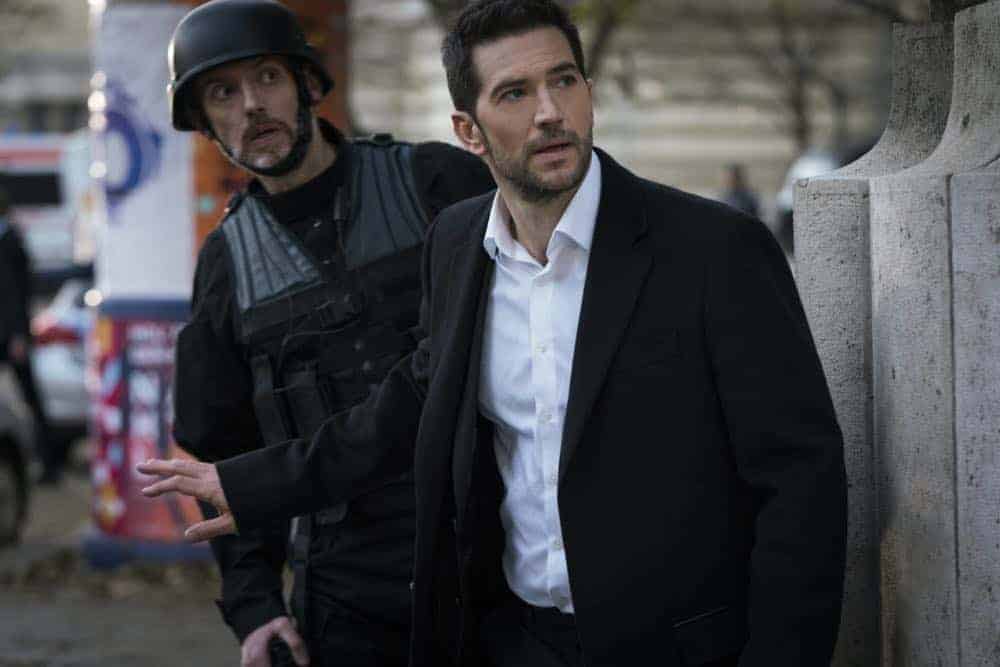 CBS announced spring 2019 scheduling plans for the new eight-episode event series THE RED LINE, which will air in two-hour installments on four Sundays, and the new drama THE CODE.

From acclaimed producers Greg Berlanti and Ava DuVernay, and starring Noah Wyle, the event series THE RED LINE will debut Sunday, April 28 (8:00-10:00 PM, ET/PT), after GOD FRIENDED ME wraps its first season. The eight episodes will be broadcast across four consecutive Sundays (8:00-10:00 PM, ET/PT). THE RED LINE follows three very different Chicago families as they journey toward hope and healing after a tragedy connects them all.

“THE RED LINE is a serialized drama with compelling characters and provocative themes that we expect viewers will want to watch more than one hour per week, so we wanted to eventize it and try something unique with two-hour blocks over four weeks,” said Noriko Kelley, Executive Vice President, Program Planning & Scheduling, CBS Entertainment. “Sundays have always been a night of prestige programming for the network, and 60 MINUTES provides the perfect lead-in for this special series.”

THE CODE will have a special premiere on Tuesday, April 9 (9:00-10:00 PM, ET/PT) before it moves into its regular Monday time period on April 15 (9:00-10:00 PM, ET/PT), after MAGNUM P.I. completes its season order. THE CODE is a drama about the military’s brightest minds who take on our country’s toughest legal challenges, inside the courtroom and out, in the only law office in the world where every attorney is trained as a prosecutor, a defense lawyer, an investigator – and a Marine.

“Giving THE CODE a special premiere on Tuesday, the night after the NCAA Men’s Basketball Championship plus the powerful lead-in of NCIS, provides two strong promotional platforms,” said Kelley. “When it moves to its regular slot on Mondays at 9:00, it will pair well with BULL to form a compatible two hours of high-quality legal dramas.”

In addition, RANSOM returns for its third season on Saturday, Feb. 16 (8:00-9:00 PM, ET/PT). RANSOM follows crisis and hostage negotiator Eric Beaumont and his team as they save lives when no one else can.

The season premieres of ELEMENTARY and INSTINCT will be announced at a later date.

MAN WITH A PLAN

About THE RED LINE