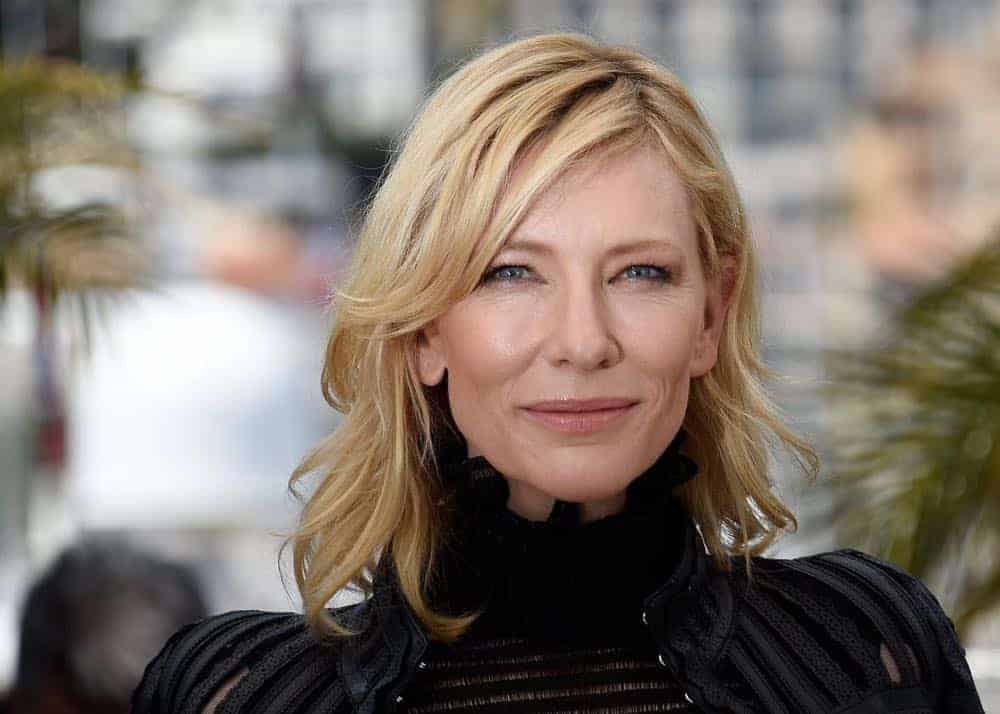 Two-time Academy Award and Golden Globe Award winning actor Cate Blanchett has signed on to star in Mrs. America, a new limited series ordered by FX and created and written by Emmy Award winning writer Dahvi Waller (Mad Men) and Executive Produced by two-time Academy Award nominee Stacey Sher, Waller, Coco Francini and Blanchett, it was announced today by John Landgraf, CEO, FX Networks and FX Productions. Production of the nine-episode limited series is scheduled for 2019 and it is produced by FX Productions with Waller serving as Showrunner.

Mrs. America tells the true story of the movement to ratify the Equal Rights Amendment (ERA), and the unexpected backlash led by a conservative woman named Phyllis Schlafly, played by Cate Blanchett. Through the eyes of the women of that era – both Schlafly and second wave feminists Gloria Steinem, Betty Friedan, Shirley Chisholm, Bella Abzug and Jill Ruckelshaus – the series explores how one of the toughest battlegrounds in the culture wars of the 70s helped give rise to the Moral Majority and forever shifted our political landscape.

“Cate Blanchett is one the great actors of our time – and we are truly honored to have her star in Mrs. America,” said Landgraf. “We have no doubt that Cate is the perfect actor to play the role of Phyllis Schlafly, who was one of the most polarizing and fascinatingly complex figures of the ‘70s for her opposition to and role in defeating the Equal Rights Amendment, which to this day has never been ratified. Dahvi Waller’s scripts are extraordinary, and I’m thrilled to re-unite with my former Jersey TV partner Stacey Sher, and commend her on assembling such a dynamic foursome of gifted, female, artist-producers to take on this timely story.“

“I feel privileged to have this opportunity to collaborate with Dahvi, Stacey and Coco under the robust and fearless FX umbrella,” said Blanchett. “I am extremely excited about delving into the material as there couldn’t be a more appropriate time to peel back the layers of this recent period of history, which couldn’t be more relevant today.”

Waller said, “It is a thrill to have the extraordinary Cate Blanchett bring this controversial woman to life, and I can’t think of a better network for this bold series than FX.”

Sher added, “We are extremely fortunate to be making this series with the fearless John Landgraf and the incredible team at FX, who never flinch in the face of provocative subject matter. This country has literally been discussing women’s rights for over 100 years and this story is as timely and relevant to the times we live in as it was during the tumultuous and passionate period in which it took place.”

Cate Blanchett is an Academy Award®, Golden Globe®, BAFTA and SAG-winning actress, producer and humanitarian. Most recently, Blanchett commanded regard at the 71st Cannes Film Festival as jury President, most notably when she led an 82-woman march up the steps of the Palais to represent the number women featured in the festival’s competition throughout history. For her continued advocacy for the arts and support of humanitarian and environmental causes, Blanchett was awarded Companion of the Order of Australia in the General Division; the Centenary Medal for Service to Australian Society through Acting; and the Chevalier de l’Ordre des Arts et des Lettres by the French Minister for Culture. Blanchett is equally accomplished and celebrated on the stage, having also led the Sydney Theatre Company as co-Artistic Director and CEO for eight years alongside Andrew Upton. Some of her notable stage roles live within productions of A Streetcar Named Desire, Uncle Vanya, Gross und Klein, The Maids, and Hedda Gabler, for which she was honored with the Ibsen Centennial Commemoration Award. She most recently was nominated for a Tony Award for her role in The Present and will next be seen in the National Theatre’s production of When We Have Sufficiently Tortured Each Other. Her countless extraordinary film performances have garnered Blanchett three BAFTAs, two Academy Awards and three Golden Globe Awards. Additionally, Blanchett has been honored with the Volpi Cup in Venice and several career achievement honors, including the BFI Fellowship and the MoMA Film Tribute. Blanchett is a Global Goodwill Ambassador for the United Nations High Commissioner for Refugees (UNHCR) and was honored with the Crystal Award at the 2018 World Economic Forum in Davos. She is also co-Founder and President of the production company Dirty Films co-founded with her husband, writer and director Andrew Upton, and a mother to four children. She is represented by CAA.

Dahvi Waller is an Emmy and WGA award winning writer and producer for her work on AMC’s iconic drama series Mad Men. Most recently, she served as a Writer and Co-Executive Producer on AMC’s Halt and Catch Fire Additionally, she was a writer on ABC’s award-winning series Desperate Housewives, ABC’s and Eli Stone. Waller is represented by UTA and Ziffren Brittenham.

Stacey Sher is a two-time Academy Award nominee, receiving the honors for Quentin Tarantino’s Django Unchained and Steven Soderbergh’s Erin Brockovich. She has produced more than two dozen major motion pictures amassing nearly $2.2 billion at the global box office, notable titles including Pulp Fiction, The Hateful Eight, Out of Sight, Contagion, Reality Bites and Get Shorty. She has also produced nearly a dozen TV series and TV movies including Into The Badlands, Sweet/Vicious and Reno 911. Sher is also Co-President of Activision Blizzard Studios, the world’s largest producer of video games. Sher was honored by the ACLU for her commitment to films and television that are empowering, inspirational and thought-provoking, dealing with issues from public safety to education, social justice to censorship. She has been the recipient of the prestigious Humanitas Prize, the Christopher Award, the Mary Pickford Award from USC, and the Women in Film Independent Vision Award. Sher is represented by CAA.

Coco Francini is a television and film producer with producer credits on such notable film projects as Quentin Tarantino’s The Hateful Eight, and Zach Braff’s Wish I Was Here, for which she spearheaded the unprecedented groundbreaking Kickstarter campaign for the film that garnered over $3M toward the production budget, and amassed 50,000 loyal and engaged fans. Francini currently serves as Vice President of Activision Blizzard Studios where she is leading the creative development and production of film and television content for the world’s largest video game and interactive media company. Francini is a producer on the upcoming Call of Duty film, which is set to go into production in 2019 and is based on the iconic $15 billion Call of Duty game franchise. Francini is also executive producer of Activision Studios’ Emmy Award nominated animated Netflix television series Skylanders

Academy, based on the Skylanders game franchise, and is developing both as a television series and feature film based on Blizzard’s highly acclaimed video game franchise Overwatch. A native of Los Angeles, Francini is a member of the PGA’s Producers Council as well as the Television Academy. Francini attended the Peter Stark Producing Program at USC and the Wharton School at the University of Pennsylvania.

About FX
FX is the flagship general entertainment basic cable channel of FX Networks, a business unit of 21st Century Fox. Launched in June of 1994, FX is carried in 89 million homes. The diverse schedule features a growing roster of critically-acclaimed and award-winning hit dramas series including Taboo, Legion, Snowfall, Trust, Pose, Mayans M.C. and Mr Inbetween; the critically-acclaimed limited series American Horror Story, Fargo, American Crime Story, FEUD and the upcoming Devs, Untitled Fosse/Verdon series, and Shōgun; acclaimed hit comedy series including Atlanta, Baskets and Better Things, and the upcoming What We Do in the Shadows and Breeders; and the upcoming docuseries The Weekly with The New York Times. FX is the former home of the critically-acclaimed and award-winning hit drama series The Shield, Nip/Tuck, Rescue Me, Damages, Sons of Anarchy, Justified and The Americans. The network’s library of acquired box-office hit movies is unmatched by any ad-supported television network.