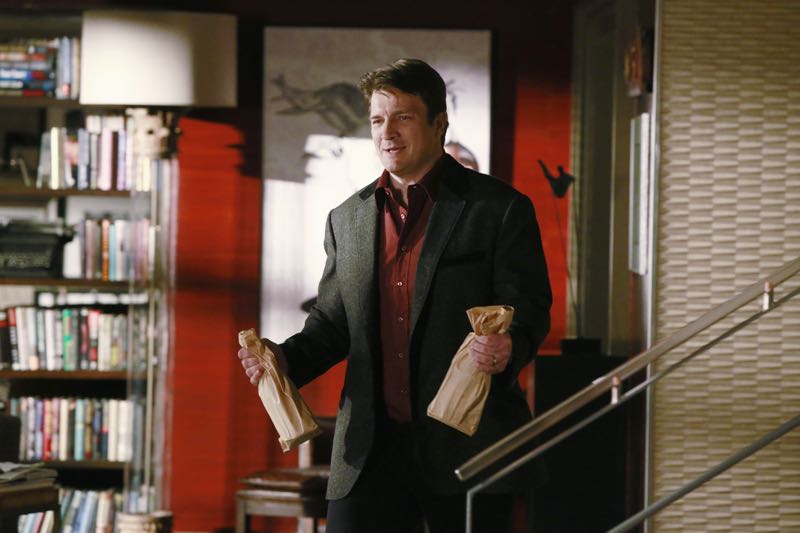 It’s a whole new world for TV’s hottest couple as Beckett finds herself in the Captain’s chair while Castle makes the leap from author to full-blown Private Investigator. Experience every riveting moment of pulse-pounding action, white-knuckle thrills and sizzling romance with ABC’s Castle: The Complete Eighth Season.

The season begins with a bang as a call from a mysterious stranger puts Beckett on the run and sets off an explosive chain of events. The action gets even more exciting – and a little crazy – when Castle’s daughter, Alexis, joins her father to solve the case of a lifetime. Fresh faces and unforgettable characters from the past join the precinct in a year full of devastating twists and turns. Get on the beat with Castle and Beckett, and go even deeper into their world with exclusive bonus features available only on DVD!

THE GREAT ESCAPE – The cast of Castle are put to the test in an escape room to see if they have honed their detective skills after all these years on Castle. Can they work together to identify suspects, solve the mystery and escape the room?