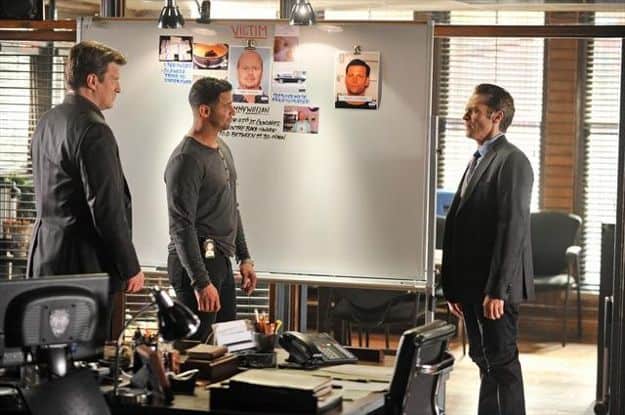 CASTLE Season 5 Episode 18 The Wild Rover Photos : CASTLE – “The Wild Rover” – When a man is found dead in an industrial cake mixer, Castle and Beckett trace the murder to an Irish gang in Staten Island and a beautiful bar owner named Siobhan O’Doul (guest star Cara Buono, “Mad Men”). Much to everyone’s surprise, Detective Ryan has a complicated history with Siobhan and the Staten Island crime family from his days working undercover in narcotics. When the case hits a dead end, Ryan must go back undercover to expose the killer, complicating his relationship with his wife, on “Castle,” MONDAY, MARCH 25 (10:02-11:00 p.m., ET), on the ABC Television Network.