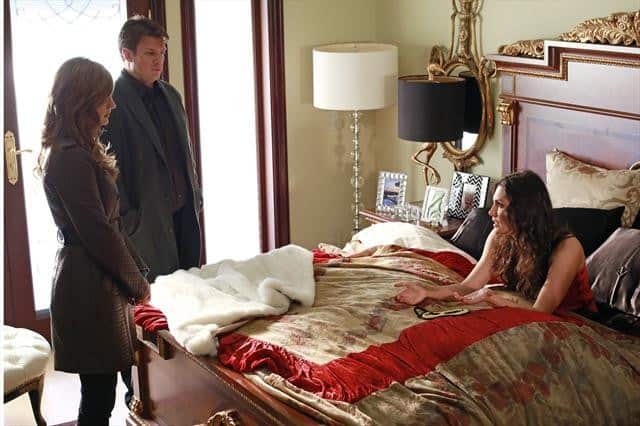 CASTLE Season 5 Episode 11 Under The Influence Sneak Peek : CASTLE – “Under the Influence” – When an up and coming DJ is killed at a pop star’s album release party, Beckett and Castle must dive into the raucous world of New York’s music industry. Then, when the investigation leads to a troubled teenager, Esposito takes the kid under his wing, hoping to put him on the right track before it’s too late, on “Castle,” MONDAY, JANUARY 14 (10:01-11:00 p.m., ET) on ABC. Taylor Cole (“The Glades”) guest stars as Regina Cane, an aging pop star who has a shadow cast on her album launch party when the DJ is murdered, and Michael Irby (“Law Abiding Citizen”) guests as Shane Winters, a criminal who may have a history with the DJ.