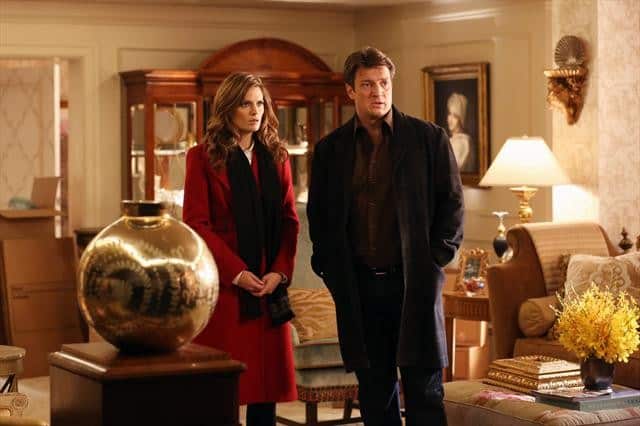 CASTLE Season 5 Episode 10 Significant Others Sneak Peek Clips : CASTLE – “Significant Others” – When a powerful divorce attorney who only represented women is murdered, Castle and Beckett are confronted with a plethora of angry ex-husbands, any one of whom could be the murderer. Meanwhile, Castle’s ex-wife (Darby Stanchfield, “Scandal”), Meredith, moves into the loft to take care of Alexis while she recovers from Mono, and to make matters worse, Beckett is also forced to move in while her apartment is being fumigated, causing tension, humor and more than a little awkwardness, on “Castle,” MONDAY, JANUARY 7 (10:01-11:00 p.m., ET) on ABC. Jack Wagner (“Melrose Place”) guest stars as a pro golfer whose career went down in flames after a nasty divorce, and Nancy Lee Grahn (“General Hospital”) guests as a wealthy divorcee caught in a “War of the Roses”-like struggle with her ex-husband.